The recent anniversary of Apollo 11 has sparked a revived call for manned exploration of Mars. And many have responded... 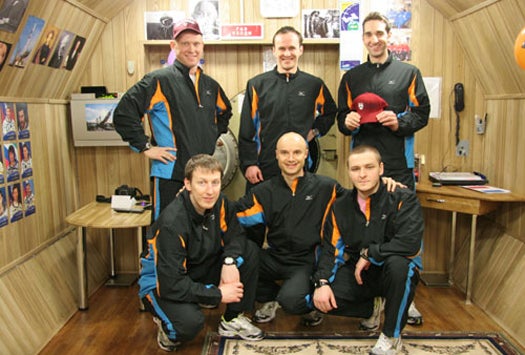 The recent anniversary of Apollo 11 has sparked a revived call for manned exploration of Mars. And many have responded to that call by listing the vast technical challenges that such a journey would entail. However, some have worried that the psychological challenge of sending men to the red planet far outweighs any engineering issue.

To test the psychological effect of such a trip, the European Space agency set up simulated Mars missions where six “astronauts” were locked in a tube for months on end. The volunteers for the initial, 105-day, test have just emerged from their titanium chrysalis, and it seems like it wasn’t a day to soon.

While the volunteers claim they managed to keep up a fairly good esprit d’corps, they also reported mind-numbing monotony that damaged their capacity to learn and tampered with their ability to focus. They tried to pass the time by playing cards and dice, and by attempting to learn Russian. Unfortunately, it seems that the brain-deadening boredom of the repetitive days and featureless enclosure actually made it impossible to remember any of the Russian words studied during the simulation.

This does not bode well for the actual astronauts who will face not only boredom, but the ever present fear of an icy death in the cold, unforgiving vacuum of space.

So frankly, these guys got off easy. The next experiment will simulate an entire 520 day long mission to Mars. Considering how bored and distracted the six volunteers got during their 102 day say in an isolated tube, even money says someone breaks down the door before the 520 days are over.