Laser-Powered Lightcraft “At the Cusp of Commercial Reality” 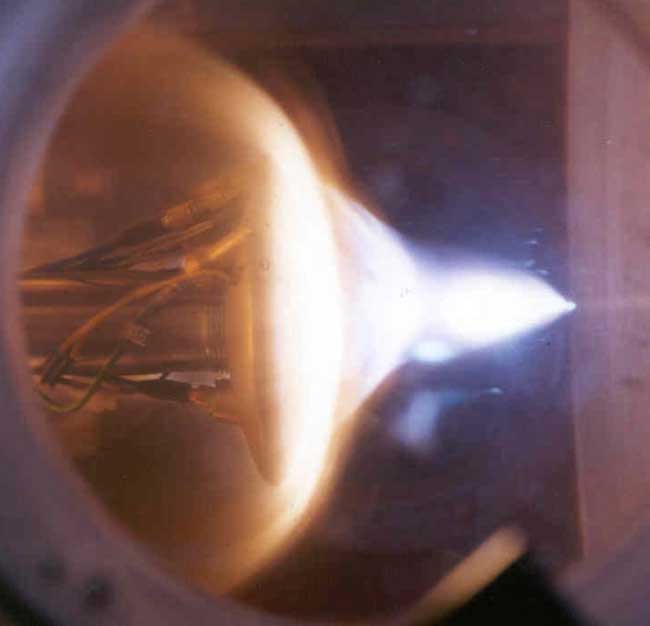 Future business travelers may literally ride a laser to work. The U.S. and Brazilian Air Forces are experimenting with Lightcraft technology that could become part of your daily commute, using plain old air to fuel 45-minute transcontinental jaunts.

The design uses a ground-based laser to beam the Lightcraft skyward on a series of blast waves. A parabolic mirror on the back of the craft would capture and focus the pulsing laser beam so that it heats air to 5 times the sun’s temperature, creating mini-explosions that propel human passengers or cargo to any point on the planet in under an hour, or into orbit.

If successful, a laser propulsion system could pave the way for cheaper launches for both NASA and the private space industry. 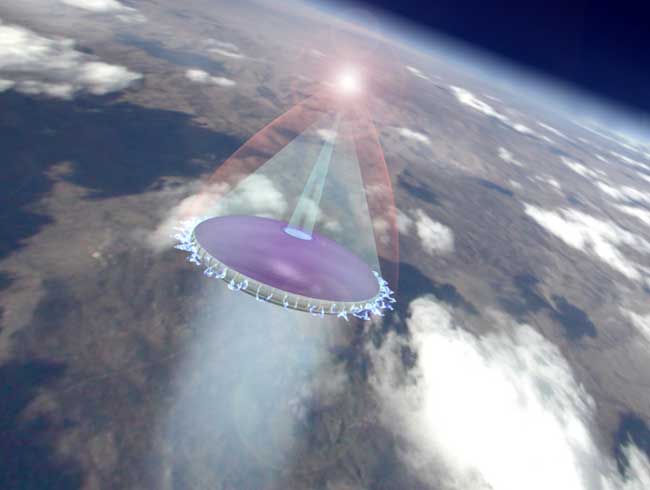 Riding a Beam of Light

Kick back and relax for your one-hour commute from New York City to Tokyo.

Recent tests have taken place in a hypersonic shock tunnel with lasers that can reach the gigawatt range. The experiments involving laser-heated airspikes have been hosted by the Henry T. Nagamatsu Laboratory of Hypersonics and Aerothermodynamics in Sao Jose dos Campos, Brazil.

Such efforts represent the highest-powered laser propulsion experiments ever performed, according to an exclusive SPACE.com interview with Lightcraft founder Leik Myrabo.

Previous Lightcraft prototypes flew at White Sands Missile Range in New Mexico, and also claimed the world altitude record for laser-boosted vehicles in flight. Now Myrabo has funding from the United States Air Force Office of Scientific Research and the Brazilian Air Force, as well as access to the hypersonic shock tunnel that can simulate airstreams reaching Mach 25.

Hear those loud bangs? Sounds like the future — not to mention 45-minute commutes halfway around the world.