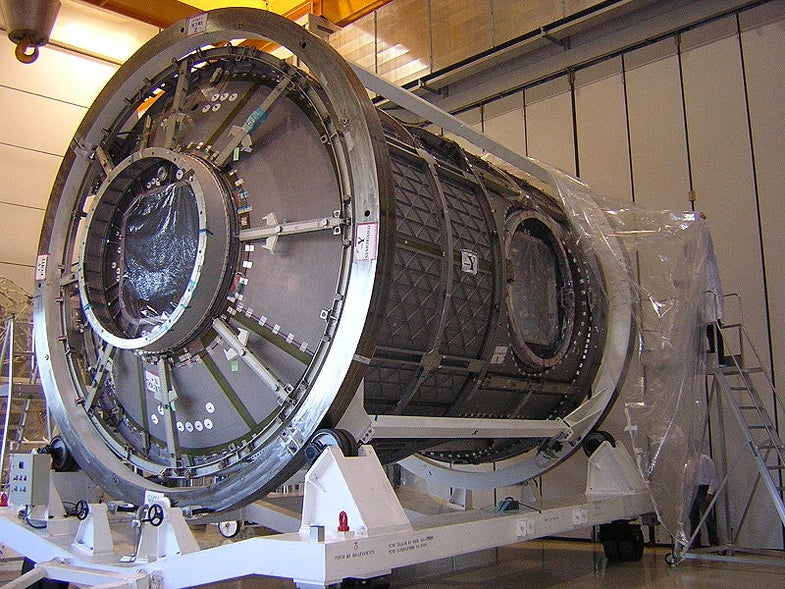 No longer content with simply having bridges and minor league hockey mascots named after him, Stephen Colbert has taken his quest for domination beyond the stratosphere. The results from NASA’s contest to name Node 3, a new International Space Station module, are in. The write-in winner? “Colbert.”

NASA presented voters with four possible choices, starting with Serenity (which earned 70 percent of the traditional votes), to appease the many Joss Whedon fans over at mission control, and following with the less attention-grabbing names Earthrise, Legacy and Venture. In what turned out to be their critical error, something NASA knows a thing or two about, they added the possibility of a write-in vote.

Honestly, after what happened with the Megyeri Bridge, NASA should have realized that anytime someone lets the sweaty, rage-prone, vitamin-D deficient hordes of the Internet name something, it is going to end up named after either Stephen Colbert or a non-reproductive sex act.

Over at the PPX, Popsci.com created a pro-Firefly proposition to honor the contest. But sadly, our endorsement couldn’t balance out the relentless voting power of the Colbert Constituency.

Of course, NASA reserves the right to name the module whatever they want, and they may not want to name a multi-billion dollar piece of equipment after a television comedian. Instead, they might name it after a television dramedy. This is your tax dollars at work. Can’t we all just agree that the NASA module should be named after something from the Simpsons? I vote for “inanimate carbon rod.”

Popsci-ers, I’m interested in your opinion. Tell us in the comments section what you would name the module if you had the chance. Battle school? Daedalus? Fireball XL5? Fire away, and let’s show those Colbert losers what’s what!