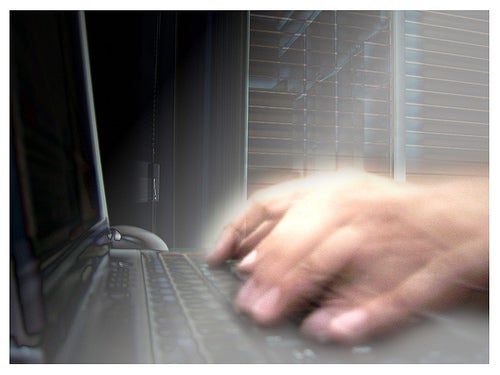 Just outside the small town of Rheinbach, the German army has begun preparations for a new kind of war. Following on the heels of attacks against the Internet infrastructure of Estonia, Georgia and Kyrgyzstan, as well as a large scale hacking attack by China against a number of European countries, the German army, or Bundeswehr, has established its first unit dedicated solely to cyber war. According to a new article in Der Spiegel, the unit is still considered secret, and will work on both defensive and offensive operations.

But a technologically advanced nation developing a unit for cyber war is not itself unique. Rather, the fact that even Germany plans on developing these capabilities signals that the age of cyber war has finally arrived.

“Other than Britian and France, European countries have not been very out front about their war-making capabilities,” said Martin Libicki, author of Conquest in Cyberspace and a senior policy research at the Rand Corporation. “Since Germany is very careful about these things, the fact that they actually announced that they’re doing it may mean it’s not as everyday as it seems.”

Instead, the creation of the secret unit signals that Germany will join the larger shift by many militaries towards acknowledging the importance of cyber war. According to Scott Borg, Director and Chief Economist of the US Cyber Consequences Unit, a non-profit founded by the US government that now independently consults with the government and businesses, about a dozen countries have developed cyber war capabilities.

With the Russian cyber attack that took out Estonia’s banking, government ministries and Internet for several days in 2007, the wired world joined the land, sea and air as a standard battlefield in modern war. After the 2007 Estonia incident, Russians launched cyber attacks against Georgia during their 2008 war, and then took down the Internet of Kyrgyzstan on January 18th of this year. Since 2007, cyber attacks have been used in the Israeli-Palestinian conflict, between Indian and Pakistan, and between China and Taiwan and Japan.

And while the unit won’t become fully operational until next year, Germany has a long history of cyber war. According to James Lewis, Director and Senior Fellow, Technology and Public Policy Program at the Center for Strategic and International Studies, the first case of cyber war in history occurred when the KGB hired German hackers to break into the US Department of Defense (DoD) computer system.

The impetus for creating this unit came from a spate of recent cyber attacks against Germany. In 2007, attempts by Chinese hackers to conduct industrial espionage against Germany became so bad that during a state visit to Germany, German chancellor Angela Merkel publicly asked Chinese officials to stop. Additionally, Germany has engaged in some spats over gas pipelines with Russia, a country that has launched cyber attacks every year since 2007.

“Russia has demonstrated the willingness to use cyber space, and I’m sure Germany is concerned about Russia’s use of cyber force as a negotiating tactic,” said O. Sami Saydjari, chairman of the Professionals for Cyber Defense.

Of course, the creation of this new German unit isn’t the only sign that countries are paying more attention to the Internet battlefield. Just last month, the DoD published its Quadrennial Roles and Missions Report. The Report, which the DoD uses to help Congress formulate the military budget for the coming years, highlighted four areas of particular importance. Three of the areas were the obvious choices of counter-insurgency, unmanned aerial vehicles and supply. The forth area was cyber war. Looks like Germany might not be the only country increasing its focus on fighting this popular new kind of war.