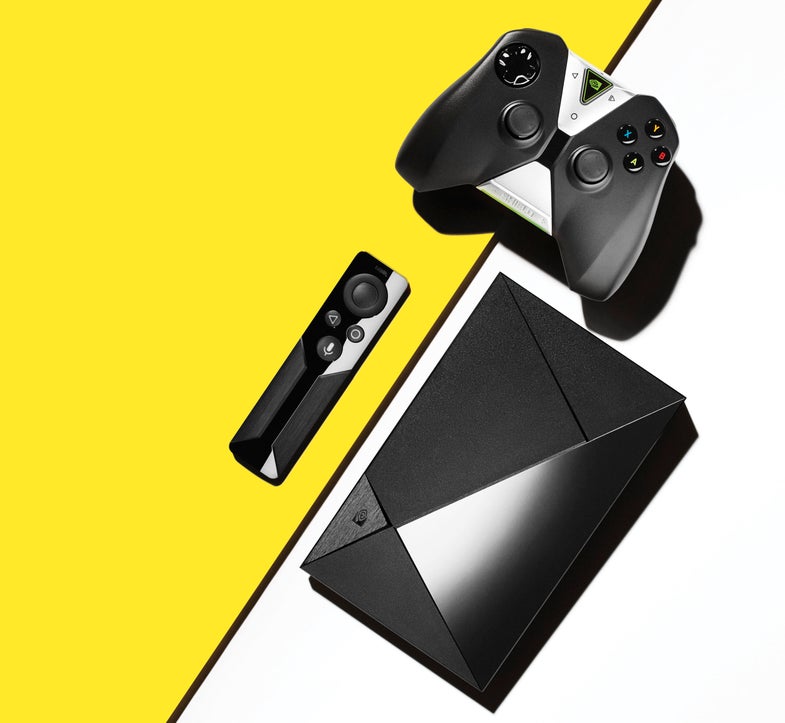 There’s a universal truth about home entertainment: Slow speeds kill your buzz. Everyone hates buffering (when streaming movies) and image stuttering (when playing video games). Nvidia has solved both problems in one device. It’s a 4K video-streaming set-top box that doubles as a gaming console.

The Nvidia Shield uses a mighty Tegra X1 processor, the fastest mobile chip on the planet; it has 256 CPU cores that can run at 1 teraflop. What does that mean? For gamers, it’s no more lag when questing for dragons in The Witcher 3. For movie buffs, it’s seamless video playback.

The Shield runs on Android TV, an operating system that syncs to the Google Play store, which offers downloads for movies, music, games, and more. The Shield also has a handy Google Voice search built into the console, so it can answer questions like, “Do I need my umbrella today?” Sports scores, stock reports, and breaking news are also available via voice command. You can get all the information you need for the day just by asking for it. And because the streamer can act as a Chromecast, it’s easy to mirror anything from your Android phone or tablet.

A pencil-thin remote and gaming controller ship with the device, and provide wireless access to all its functions. The Shield comes with a gigabit Ethernet port—which is more than 40 times faster than the average American home’s Internet speed—meaning you’ll probably never touch the limit of this machine. That kind of Internet throughput, combined with the blazing-fast Tegra X1, ensures the Shield will never hit a speed bump.

This article originally appeared in the September 2015 issue of Popular Science.