And this was only a test... 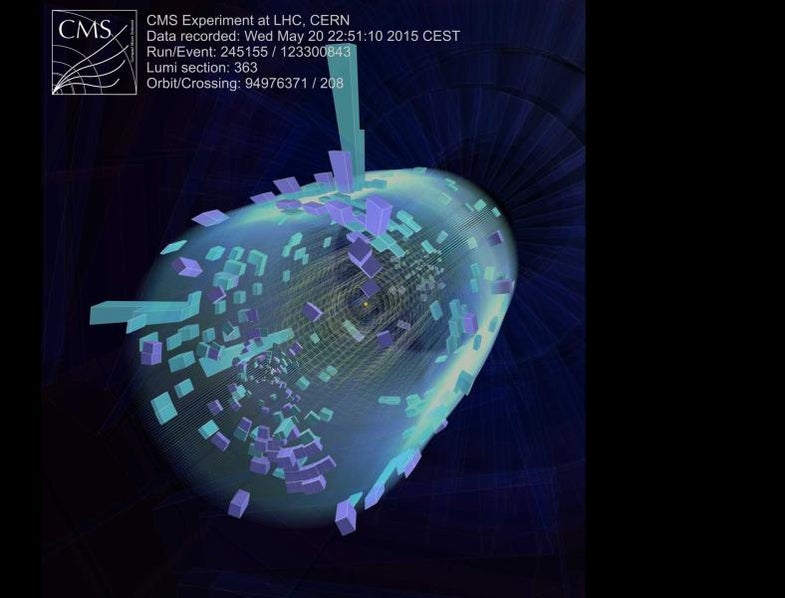 The Large Hadron Collider (LHC) has hosted a number of major scientific achievements, not the least of which was the thrilling discovery of the elusive Higgs boson particle.

Now, the massive particle accelerator has done it again, smashing protons together at record-breaking energies yesterday on its first test run since it was shut down for upgrades two years ago

Previously, the particle collider sent beams of protons smashing into each other at 7 or 8 tera-electron volts (TeV) but now, the researchers have adjusted the equipment so that it can smash particles together with energies of 13 TeV, a feat they accomplished last night. On a human scale, one TeV isn’t a huge amount of energy. The LHC glossary explains that a flying mosquito has about one TeV of energy. (Until you swat it. Then, it’s a dead mosquito. (It knows what it did.))

Even 13 flying mosquitoes worth of energy might not seem like much, but the collision at the LHC is happening on a scale approximately a million million times smaller than an irritating swarm of bloodsuckers. The protons that are colliding have to reach insane speeds to achieve even that amount of energy. Insane speeds in this case means just barely slower than the speed of light.

This first test was just that, a test. It was a chance for the detectors like ATLAS, CMS, ALICE, and all the rest to turn on and get everything running, making sure everything is safe (and take some great pictures). The real data collection will start in June.