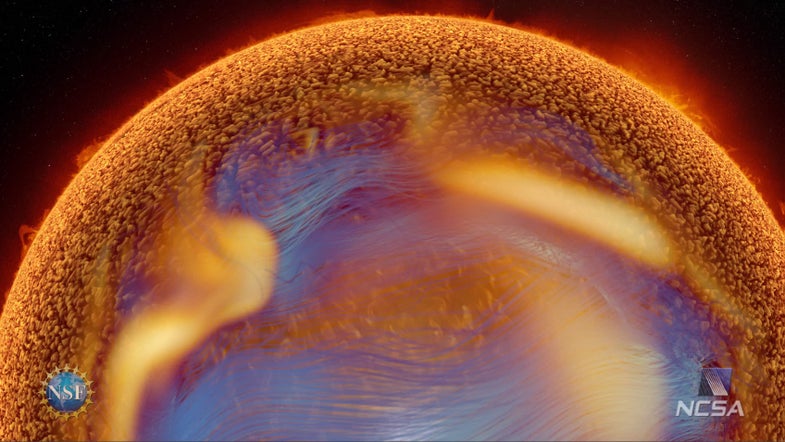 Without the sun, life on Earth would be impossible. It provides food for the plants that feed us, and warmth so that we don’t freeze to death. But the sun has a dark side. It is, after all, a giant ball of fire in the sky, whose 27 million degree Fahrenheit surface is tossed about by burning tsunami waves 62,000 miles high. And at pretty much any point, it could burp out rivers of charged particles that could paralyze technology on Earth.

A new documentary premiering tonight asks the question, “What can cause our normally benign sun to erupt in such fury that it can threaten the world’s power and technological infrastructure?” according to a press release.

The documentary is narrated by none other than Benedict Cumberbatch, and it’s based on supercomputer simulations that are making it easier to understand where solar eruptions come from, and how to predict them. Also, it’s gorgeous.

Here’s one clip, below, and the National Center For Supercomputing Applications has four more that you can watch on their site. The full 24-minute documentary will be shown in planetariums and science centers after today.