John Oliver Discusses The Science And Politics Of Athletes Doping

And explains why we shouldn't let athletes dope 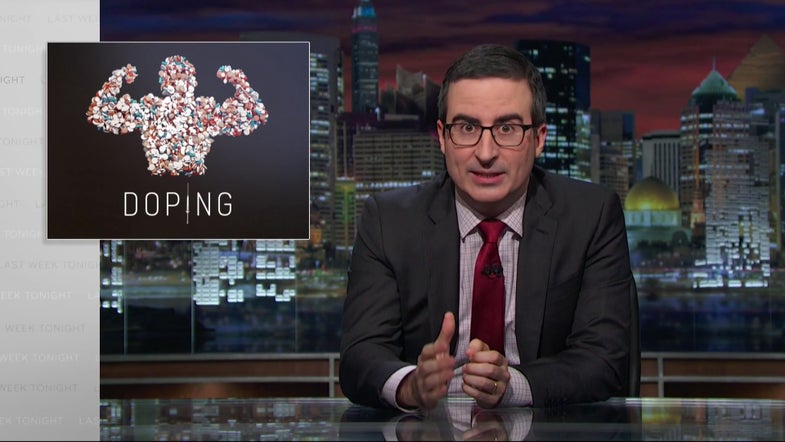 In his latest video, John Oliver takes on the problem of doping in professional sports. In recent years, many preeminent athletes, including Lance Armstrong, Alex Rodriguez, and most recently Maria Sharapova, have been caught using a veritable pantry of banned substances to enhance their performances. And despite the costly consequences and widespread condemnation of the athletes after their doping was revealed, doping in sports remains a major problem.

It’s an even bigger issue this year with the Olympics in Rio de Janeiro only a few weeks away. Just a few days ago, Brazil’s anti-doping lab that was set up for the Olympics was shut down by the World Anti-Doping Agency because it didn’t conform to WADA standards.

Oliver’s piece focuses primarily on Russia’s issues with doping, which came to a head when their entire track and field team was banned from the summer Olympics.