A Bridge That Monitors Itself

Minneapolis's new bridge is designed with a mind to the future 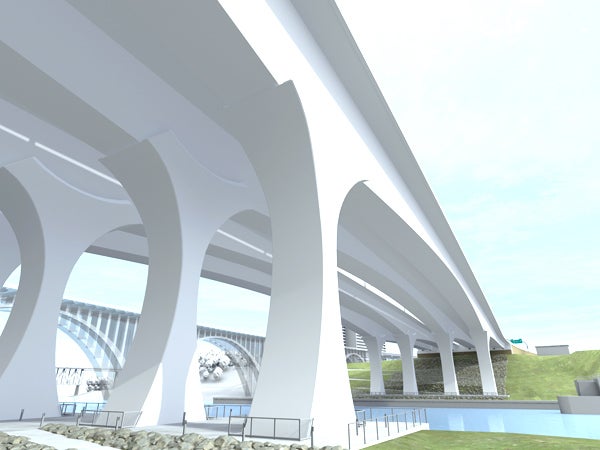 Just a few weeks ago, the new St. Anthony bridge in Minneapolis opened, to a heavy stream of commuter traffic. On August 1, 2007, the original bridge collapsed, killing 13 people and injuring more than 100. The National Transportation Safety Board will issue an official report on the bridge collapse next month, but the likely cause has to do with gusset plates that were poorly designed in the 1960s. There are still 12,600 similar “steel deck truss” bridges in use in the U.S. 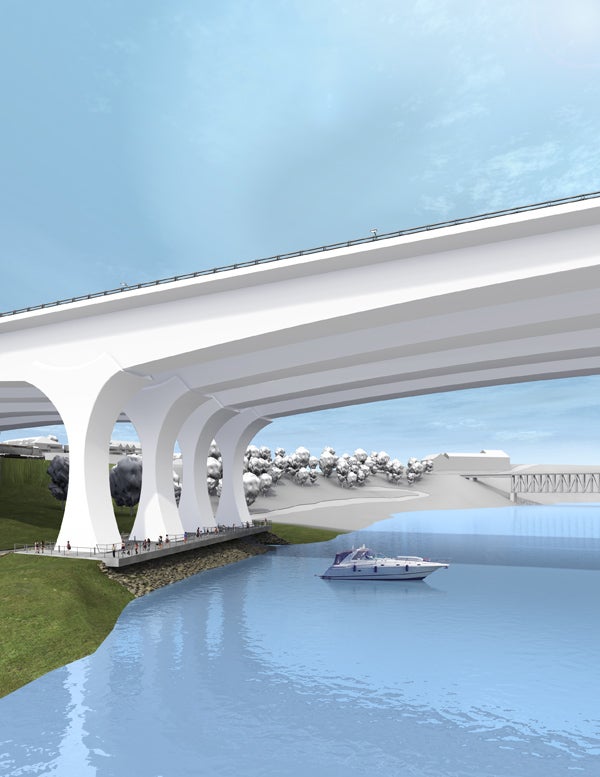 Side View of the I35W

The new 504-foot bridge is a feat of engineering. It has 323 sensors embedded in the concrete that constantly monitor bridge behavior, and the gateway sculptures at each end of the bridge use TX Active, a new kind of cement that creates a photocatalytic reaction to remove pollution.

Nighttime bridge lighting is provided by LEDs, which require less maintenance and consume less energy; they are the first of their kind on any US bridge. The real-time monitoring, LED lighting, and self-cleaning concrete will provide valuable data for future bridge constructions.

Designed by Florida-based FIGG, the bridge opened on September 18 with ten lanes of traffic, but can support up to 14 lanes. It’s future-proof in that it can also support a light-rail line and a high-occupancy vehicle lane.

“The new I-35W bridge was designed with the future in mind,” says Linda Figg, the president, CEO, and director of bridge art at FIGG. “Multiple levels of redundancy and high-performance materials will ensure a safe, durable structure for over 100 years.”