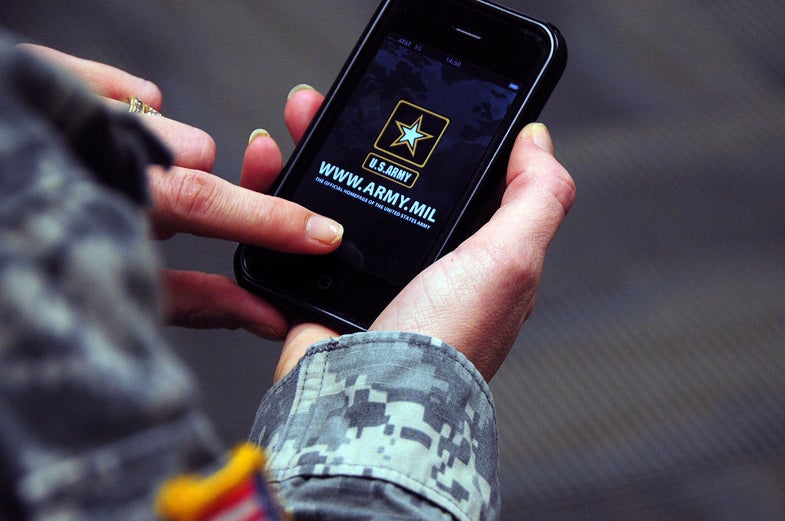 By design, encryption keeps secrets secret. Almost all the time, this is great, but it’s vexing for politicians trying to campaign on their anti-terrorism credentials.

In Saturday’s Democratic debate, frontrunner and former Secretary of State Hillary Clinton called for a “Manhattan-like project” to get around encryption technology when moderator Martha Raddatz asked Clinton whether she would force Apple CEO Tim Cook to give law enforcement a key to encrypted communications on Apple devices.

This was Clinton’s response:

The Manhattan Project was one of the more remarkable works of human science and engineering, and also one of the deadliest. Undertaken during World War II, and created in part at the urging of Albert Einstein, the genius physicists working within the Manhattan Project theorized, designed, and created in the space of just a few years the first-ever working atomic weapons. Used against Japan in August of 1945, the first two atomic weapons killed at least 200,000 people, mostly civilians and likely killed more. Given that less than 3,500 Americans have died of terrorism this century (that includes the death toll from 9/11 attacks), a Manhattan Project is a wholly inappropriate metaphor.

“Maybe the back door is the wrong door.”

Here’s how TechDirt explains the problem:

The radical change casually proposed by Clinton leaves the digital world less safe. No amount of high-powered physics can avoid the essential reality. Building a backdoor into an encrypted system — even if the backdoor is intended to be very closely guarded — is like adding a thermal exhaust port to a Death Star: it promises that a determined attacker can always get in, and renders the whole thing useless.