Hormone Boosts Immune Function And Might Extend Your Lifespan

Giving you a well-preserved thymus 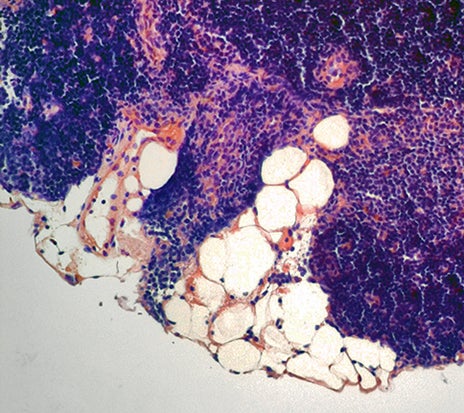 As we age, lots of things don’t work as well as they used to. The immune system is one of those things—over time, the body slows its production of pathogen-hunting T cells, making it harder for the body to combat newly-introduced diseases. Now a team led by researchers at the Yale School of Medicine has discovered a hormone that can coax an aging body into producing more T cells, which could keep patients healthier and extend their lifespans. The researchers published their work this week in the journal PNAS.

The thymus, a gland located between the lungs, generates T cells, a critical part of the immune system. When it’s functioning normally, the thymus creates “naïve” T cells that can be programmed to combat pathogens that make their way into the body; over time, the thalamus becomes fatty and starts to shrink, reducing its ability to generate new T cells.

Increased levels of a hormone called FGF21, produced in the liver, might be able to keep the thymus going. To test the effect of low levels of the hormone, the researchers modified the gene that controls the production of the hormone in mice—some mice lacked the gene to produce FGF21, while others had it overexpressed so that they made more of it. After the mice aged 18 months—that’s pretty much old age, since a mouse’s typical lifespan is about two years—the researchers checked on their thymuses. In mice with little FGF21, the thymus was more degenerated than in typical mice, while mice with a lot of the hormone had better-preserved thymuses that also produced more T cells, the researchers found.

If FGF21 has the same effect on humans as it does on mice, the hormone could be useful in treating a number of different conditions. Boosted immune function could help patients combat cancer, or recover faster from harrowing cancer treatments like a bone marrow transplant. And since the body produces more FGF21 in response to low glucose levels, it induces weight loss and insulin sensitivity, which could treat conditions like obesity and diabetes.

It’s possible that FGF21 production is the reason why some studies have found that calorie-restricted diets may drastically increase lifespan, though that has not yet been proven. The researchers next plan is to induce conditions that mimic calorie-restricted diets (without actually reducing calorie intake) in order to better understand its relationship to immune function, according to a press release.