The virtual future of health care 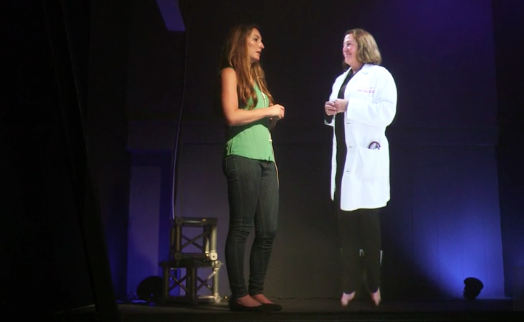 In early October, the University of Southern California’s Center for Body Computing hosted a conference to discuss the futuristic technologies that could work their way into medicine and health care. During the event, they announced a new type of health clinic, called the USC Virtual Care Clinic. There’s a lot of talk around virtual reality for gaming and entertainment, and even communication. But the Center for Body Computing is betting that the new consumer technologies of today–wearable sensors, VR, artificial intelligence–will make for more accessible and more personalized health care in the future.

“In the last nine years there has been a revolutionary change in the way culture and society use technology,” executive director of the Center for Body Computing Leslie Saxon said in a press release. “It’s about to happen in medicine.”

Earlier this year we sat down with Saxon at SXSW to talk about how implantable sensors could help doctors gather more data. And during the Body Computing Conference this October, she introduced another intriguing technology, the hologram house call. Saxon screened a demonstration of this during the conference, in which she was beamed to a patient in Dubai to speak “face-to-face” about potential diagnoses. This could bring doctors to patients in areas that are far from research institutions, and allow physicians to monitor patients over longer periods of time. Though there will still obviously be procedures a hologram can’t perform, like surgery.