Where great whites spend their childhoods 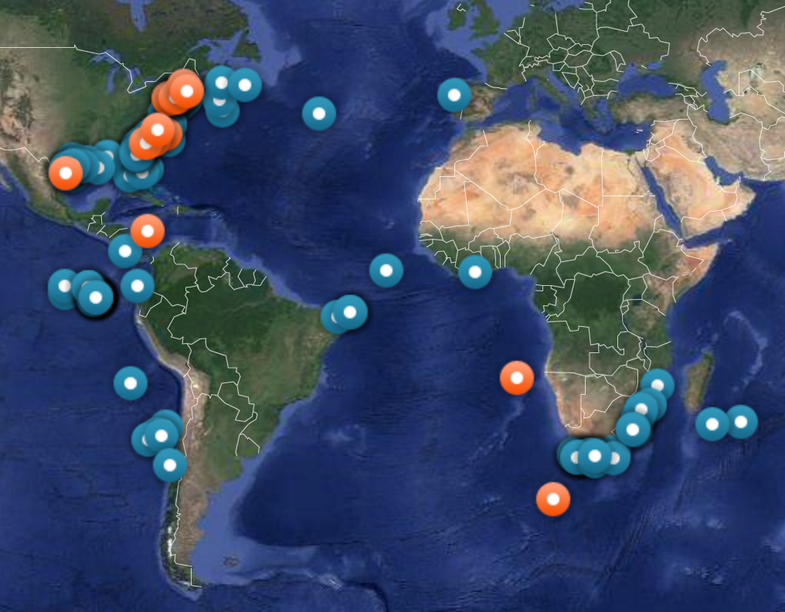 The recent whereabouts of sharks tagged by OCEARCH. OCEARCH
SHARE

Great white shark pups are spending their youth in the waters off of Long Island’s South Shore, marine biologists believe. The research group OCEARCH has identified what appears to be the first great white nursery in the North Atlantic after catching and tagging nine young sharks during a two-week expedition.

The nursery, where vulnerable shark pups bide their time until they are big enough to venture out of its shelter, may also be a birthing ground. Scientists suspected they might find a nursery in this area, since this is where the majority of small great whites in the North Atlantic have been found over the past 200 years.

The plethora of pups indicates a healthy ecosystem, with plenty of food for the growing sharks to dine on. Adolescent sharks (which are not considered a risk to people) spend about 20 years in nurseries, which have also been identified near Australia and South Africa.

You can see what the great whites and other shark species OCEARCH has tagged are up to with the organization’s shark tracker.