The Government Wants An Algorithm That Detects Criminals’ Tattoos 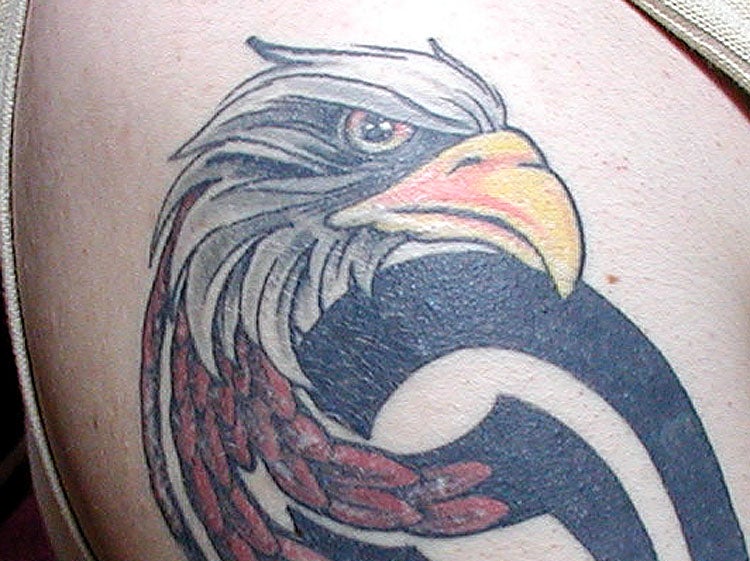 Tattoos can be pretty conspicuous features, but the federal government is worried that skin art isn’t quite identifying enough. To make it easier to analyze tattoos spotted in, say, security camera footage, the government is hosting a contest where teams compete to create an algorithm that can correctly tell if a bird tattoo glimpsed on a shoulder is a cartoon roadrunner or a crying bald eagle.

The alternative to using an algorithm for image processing is labor-intensive, with people scanning and recording the traits of the tattoo. Law enforcement has a classification system in place, but it means grouping diverse images into one of 70 categories. That means categories can conflate, and it means that items that don’t fit don’t get counted. This system has to rely on human judgement and categorization. Alternatively, an algorithmic system could instead match the tattoos in one picture against the tattoos in another, doing a great job at matching up identical tattoos from different footage.

The algorithm competition, called Tatt-C, was organized by the National Institute of Standards and Technology. Originally launched in 2014, the program held a workshop this past Monday in Gaithersburg, Maryland. The event included sessions on graffiti and tattoos, biometrics, the advantages of having more data, and how tattoo identification can help rescue child victims. This was just the first Tatt-C workshop, so we can likely expect more in the future, along with more news of tattoo recognition.