Secure video and text chat... which Google's Assistant listens in on 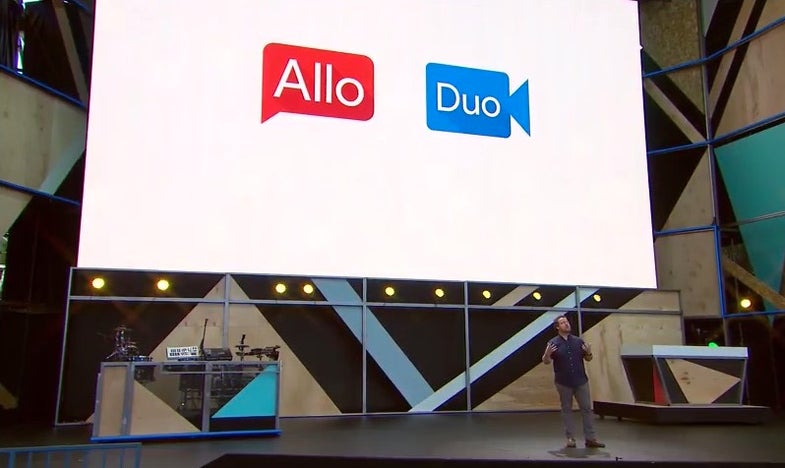 Allo, the new text and multimedia app, is focused on getting your message across with much less work, and making your meaning much cleared.

Within Allo, a new feature called WhisperShout lets you change the size of the text for emphasis, meaning no more caps lock to get your point across. They’ve also got tons of artwork, including new emojis and stickers.

Allo also lets you type a lot less: smart reply straight in your conversations means they’ll offer logical responses to text. Further, it offers smart reply options for photos: the app knows what to say when you get a cute dog photo, for instance (aww), and creates a “conversational response” when it sees things like food (yummy).

You can also have a direct chat with GoogleAssistant in Allo, asking about reservations (it connects with OpenTable).

And in keeping with current messaging app trends, it’s focused on security and privacy as well. Chats in incognito offer message expiration, end to end encryption, as well as total destruction when you delete messages from your device.

Duo, Allo’s video component, introduces Knock Knock, a live preview that gives you a window into the mysterious video presence coming from the other end. Meaning that before you pick up, you can know who you’re going to be talking to–and who you’ll be hanging up on..

They’ll both be available this summer.

Still unclear: what this means for Google’s older messaging apps, specifically Google Hangouts (a.k.a. G Chat), and Google Voice. We would be saddened, though not surprised, if they went the way of the ill-fated Google Wave.