Get into airport lounges and travel like a boss

Waiting has never been so glamorous. 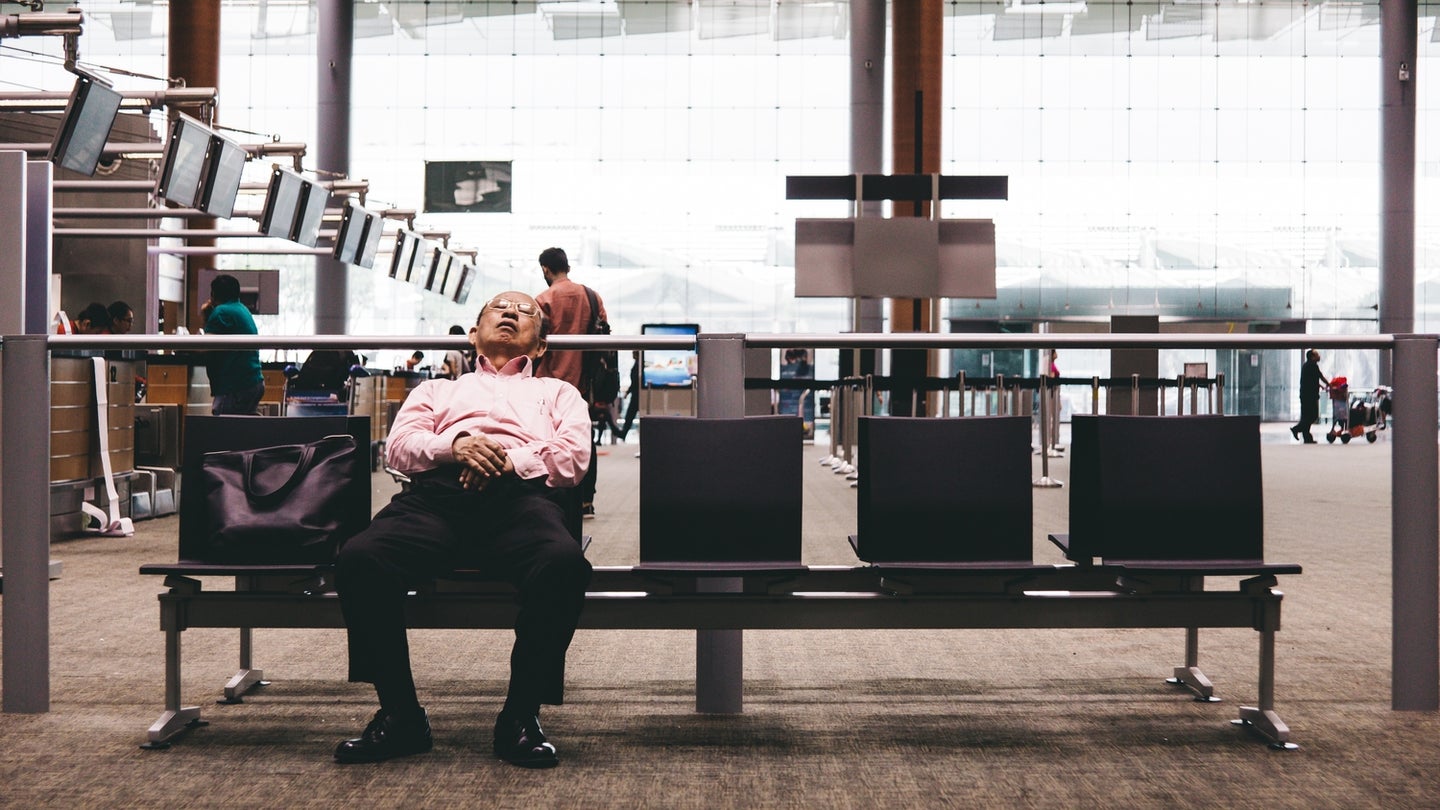 Airline lounges make flying much more pleasant. If you’ve got a wait before your flight, a long layover, or are facing a delay, they’re definitely the best place to spend your time. But getting in is not easy, especially if you fly coach like most people do. Still, there are quite a few ways to wait for your plane like a true VIP.

Some strategies are free, but a good spread of decent free food, a few drinks, and a quick shower are all worthwhile even if you have to spend a bit of cash—especially when you compare it to the cost of an average meal in an overpriced airport restaurant.

If you’re flying business or first class, your ticket nearly always includes lounge access. Even if the airline you’re flying doesn’t have a lounge in the airport you’re departing from, ask at your check-in desk and they’ll almost certainly direct you to a lounge they’ve partnered with to serve their premier guests.

It’s worth noting that if you have free lounge access with one airline through your credit card or a frequent-flier program, you’re unlikely to have access to their lounge unless you’re flying with them on that day. For example, you can’t use your American Airlines lounge privileges when you’re traveling with Delta.

Fly with the same airline. A lot.

Other than buying a business-class ticket, the best way to get access to an airline lounge is to fly with the same airline and sign up for their frequent-flier program. One of the first perks of elite status is normally lounge access, even when you’re flying economy.

How much you have to fly to get that status depends on the airline and the tickets you’re buying. Two or three trans-Atlantic business-class tickets within a certain period of time—generally a year (maybe a calendar year, a year from when you joined, or some other option)—will get you status with most airlines, but you might need to take upwards of 15 or 20 domestic economy flights in the same period of time.

I was able to get Silver status (and the lounge access that came with it) by almost exclusively flying Aer Lingus, Ireland’s national carrier, for a full year—I took about six short-haul returns and one trans-Atlantic trip. It was easy because Aer Lingus’ main hub is Dublin, where I’m based. If you’re going to try to get status with an airline, it’s best to go with one that has a hub close to you.

The big downside of earning status through flying is that you have to maintain it. If you stop frequently using the airline of your choice, you will lose lounge access. I haven’t flown with Aer Lingus anywhere near as much this year, so after the end of November, I’ll be stuck wandering the departures area with everyone else.

If you don’t want to be tied to a single airline—and therefore, to their lounge—Priority Pass is the simplest option. This service gets you access to more than 1,300 lounges in 600 cities across 148 countries. There are three plans available:

No matter your plan, a guest can join you in the lounge for $32. Also, in some airports, Priority Pass has partnered with restaurants to offer a discount on your bill.

Priority Pass won’t get you access to a lot of airline-specific lounges, though. It mostly works with independent lounges and smaller airlines, so don’t expect to be cruising into Admirals Club lounges with it.

The biggest caveat with Priority Pass, however, is that it won’t guarantee you lounge entry if the lounge is full, and your stay may be time-limited. I’ve seen Priority Pass members turned away because a certain lounge had been reserved for the airline’s own passengers, plus business-class passengers flying a different airline that had bulk-purchased lounge access for their flights. It’s a great service, but you will always be at the back of the queue.

If you’re prepared to pay an annual fee, a credit card is one of the best ways to get into airline lounges. Not only is it a perk of many cards, but you’ll also earn points and miles that can be redeemed for travel upgrades and free flights while you use it.

My go-to site for everything to do with points and miles is The Points Guy. They keep an up-to-date guide on the best credit cards for lounge access, whatever your circumstances. For example, they’ve deemed the $550-per-year Platinum Card from American Express the best overall card because it gives you access to American Express’ Centurion Lounges, Delta Sky Clubs when you’re flying Delta, the credit card company’s partner lounges, and a Priority Pass membership. On the other hand, if you’re only after American Airlines’ Admirals Club access, The Points Guy recommends the Citi AAdvantage Executive World Elite Mastercard—its $450 annual fee costs less than paying the airline for annual Admirals Club access, plus you get all the other benefits of a credit card.

All this comes with the major warning that you should seriously consider your financial situation before applying for a credit card, and always pay it off in full every month. Do not take on any extra debt just to get lounge access—they’re good, but not that good.

All the options so far have involved annual fees, which is fine if you’re a frequent traveller, but a bit pricey if you only fly occasionally. Thankfully, a lot of airlines, including American Airlines, Delta, and United, sell day passes to their lounges. If you have a valid travel ticket, you can normally either purchase one through their app or in person at the lounge’s front desk. Expect to pay somewhere around $50.

If your airline doesn’t offer day passes in the airport you’re flying through, LoungeBuddy can help you out. It sells one-off lounge passes from $25, but you should expect to pay closer to $50 in most airports.

There’s a lot of overlap between Priority Pass’s lounges and Lounge Buddy’s, especially internationally. The difference is that access with Priority Pass will be free or cheaper, depending on your annual fee, while you’ll pay full whack with LoungeBuddy. If you don’t travel a lot but want to have access to lounges from time to time, there’s really no better option.

A lot of airlines will also let you pay for annual access to their lounges. Unfortunately, it’s pretty expensive and rarely the best deal. For example, American Airlines’ Admirals Club costs $650 per year for new memberships, while Delta’s Sky Club membership is $545 a year. If you’re flying so much that paying those kind of prices for lounge access makes financial sense, any of the other options listed here will probably work better.

If all else fails, the final way to get into a lounge is just to take your chance in person. The lounge might offer a day pass that’s not listed on a website, you may be able to charm your way past a sympathetic staff member during a quiet time, or someone nice in the line might be willing to take you in as their free guest. If you’ve got time to kill in the airport anyway, you might as well swing by the lounge and give it a try.