Polaris Phone Rolls Self to Charger, Keeps an Eye on Users’ Behavior

Sure, your iPhone may play games, tell you where to eat, and surf the Internet, but can it tell you... 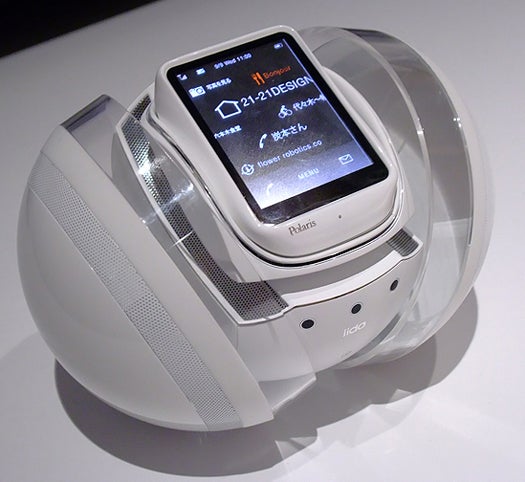 Sure, your iPhone may play games, tell you where to eat, and surf the Internet, but can it tell you what you did the other day and how to do it better? Enter the Polaris phone, a new system designed by the giant mobile phone company KDDI and Japan’s Flower Robotics.

The Polaris phone/robot is a three-part system that incorporates your phone, your television, and the robotic sphere seen above. The sphere contains speakers for the phone’s music, and wheels that roll the sphere to the closest power source to charge the phone. The sphere’s dock also links up with your television to display the detailed data about your life and behavior that the phone records (see below for a picture of a TV displaying the data). 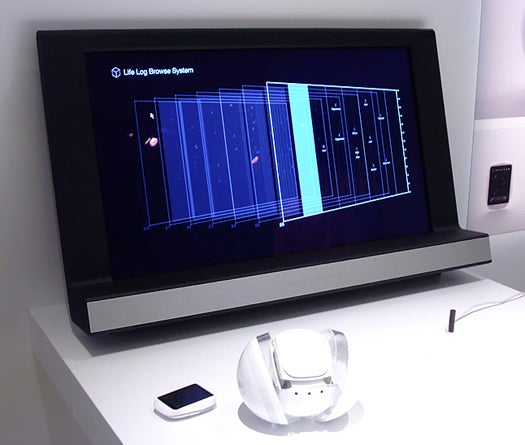 And what data does it record? Apparently everything. The phone follows where you go, who you email, what you buy, who you call, etc. Aside from telling you what happened after the fifth shot of tequila the other night, the phone also analyzes your habits for patterns, and gives out advice based on the data it collects.

The whole project is still in the prototype phase. The specifics of the data collection system, and the navigational skill of the sphere, need more work. However, the companies hope to have a commercial version of the system available by next year. Until then, I’ll have to continue relying on my friends, not my rolling phonebot, to tell me what I did after I black out drunk.