As far as urban bike concepts go, the Pulse from Teague (the designers behind the original Xbox among other things)... 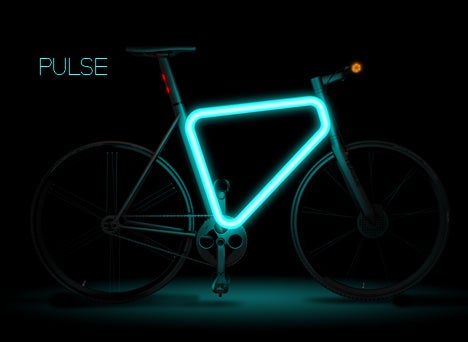 As far as urban bike concepts go, the Pulse from Teague (the designers behind the original Xbox among other things) looks exciting both from a fashion standpoint and a practical one. Sleek, functional and with a frame that glows with an ethereal blue light — what more could you want?

Well some people (myself included) might want multiple gears, but in the landscape of fashionable cycling right now where the fixie is king, those people are somewhat in the minority. The designers describe their concept as the love child of a fixed-gear track bike and a Ducati, with components borrowed from the world of motorcycles –- left and right turn signals activated by the handlebars –- and translated onto a swift single-speed chariot. 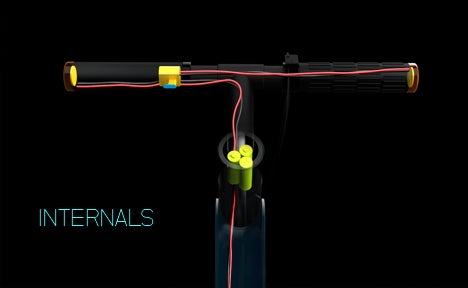 The bike’s turn signal operates like a motorcycle’s, with a kill switch on the left handle, illuminating LED turn lights on both the handlebar ends, and a taillight mounted on the seat tube. Counterweighted pedals should always stay right side up for easy foot-entry into cages -– no flailing around in an intersection trying to slip into your toe clips. Best of all, it looks like the whole frame is intended to glow, which is both a great safety feature and a style selling point for anyone in the market for a truly striking ride. Unfortunately there’s no explanation of how the frame would glow or what it might be made of, but it sure looks cool. 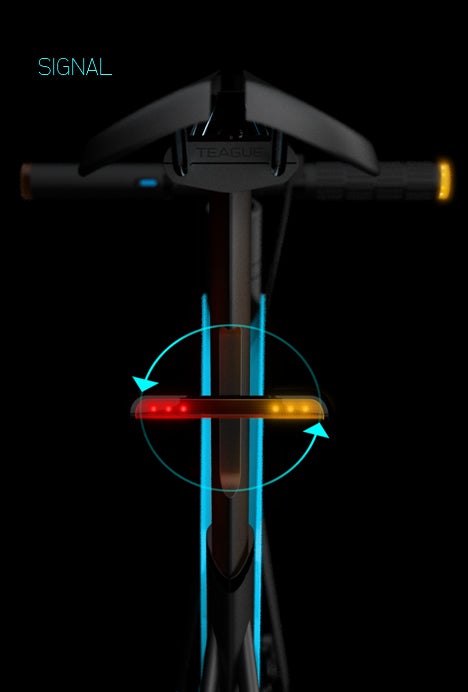