Also, a model with built-in calibration 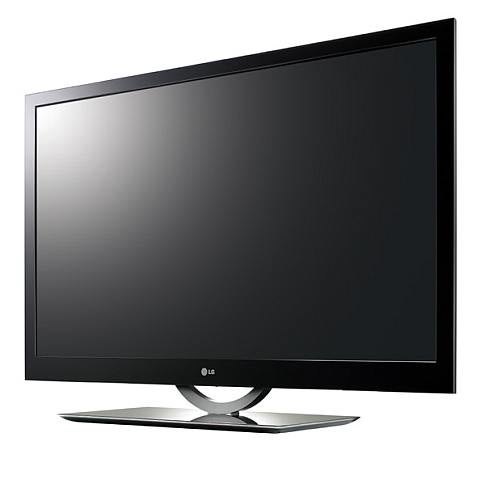 At long last — and after we jealously watched Sharp’s debut in Japan last year — wireless high-def TVs have come to the States. LG’s 55-inch LHX LCD television features a separate “media box” that sources like cable boxes and Blu-ray players plug into. (Other products from Sony and Geffen are add-on units.) The box beams digital video and audio to the one-inch-thick TV using 60-gigahertz technology from SiBeam called WirelessHD.

We haven’t seen the TV yet, but a few months ago, SiBeam brought by a prototype WirelessHD transmitter and receiver that worked virtually flawlessly. Only when John Marshall from SiBeam cupped his hands over the transmitter, completely covering it, did the stream cut out.

Even walking right in front of the transmitter had no effect — which is impressive, since 60-GHz waves can’t pass through the water that humans are mostly made of. Using an array or antennas, Wireless HD keeps looking for the best transmission path — which includes bouncing signals around moving obstacles — and instantly steers waves in the best direction.

The LHX also boasts LED backlighting and a 240-hertz refresh rate, which might eliminate the ghosting that happens when LCD’s can’t refresh images quick enough to show fast motion. No word yet on what all this slim, wireless goodness will cost you.

The company’s LH55 line of LCD sets also has a 240-hertz refresh rate and comes in sizes from 37 to 55 inches. These TV also include “Picture Wizard” — calibration screens that users can use as a guide to making adjustments such as brightness, contrast and color level to match the room lighting. Inexpensive DVDs and pricey “signal generator” boxes that provide such screens have been around for years, but having it right in the TV is extra handy and, as far as I know, a first.