How Invisible Nano-Coatings Can Make Any Phone Waterproof

More cellphones meet their demise from exposure to moisture than from any other cause–so we’ve all got a vested interest... 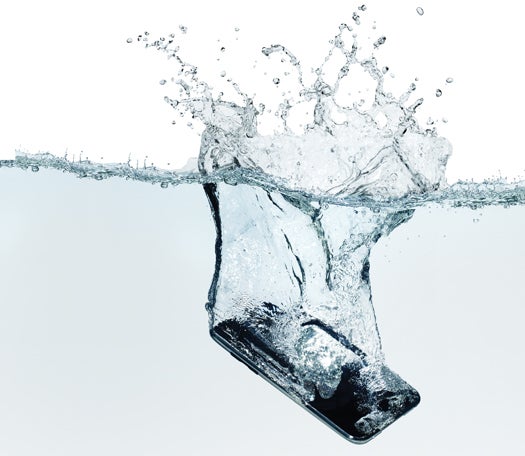 More cellphones meet their demise from exposure to moisture than from any other cause–so we’ve all got a vested interest in waterproof phones. In the past, a user who wanted to protect his phone had to buy a watertight case, and thus double the size of the device. Last year, the company P2i introduced a less clunky approach: coating devices in invisible, water-repelling nano-polymers. But that solution only guarded against splashes, not submersion. Two companies, HzO in Utah and Liquipel in California, have now refined the technique to make devices resistant to both spills and dunks.

Both companies use similar application processes to bond the nano-polymers to phones. They place the devices, or their internal components, inside a sealed chamber, vacuum the air out, and inject a carbon-based gas. The vapor settles on the object and solidifies in a transparent layer that’s one thousandth the thickness of a human hair. When water hits a protected surface, it beads up and rolls off. The main difference between the companies is what they protect; HzO treats only internal parts, such as processors and sensors, whereas Liquipel coats both the interior and the exterior. In HzO’s tests, a treated iPhone survived underwater for more than four hours.

For $59, Liquipel will retro-waterproof any of a dozen cellphone models, including iPhones and Samsung Galaxy handsets. Because the nanoparticles are so small, they can penetrate seams to reach and coat the internal parts of an already-assembled device.

The test: We sent the people at Liquipel a working iPhone 3GS to treat. When the device was returned a few days later, looking indistinguishable from before, we powered it up and held it under a running faucet for about five minutes.

The results: The phone operated normally while under the faucet. Afterward, it took a couple of seconds to react to touch—probably because of droplets that hadn’t yet beaded up and rolled away—but then worked as if nothing had happened.