Mobile phones that vie for drivers’ attention accounted for 25,000 injuries and deaths in 2009. and new drivers are common... 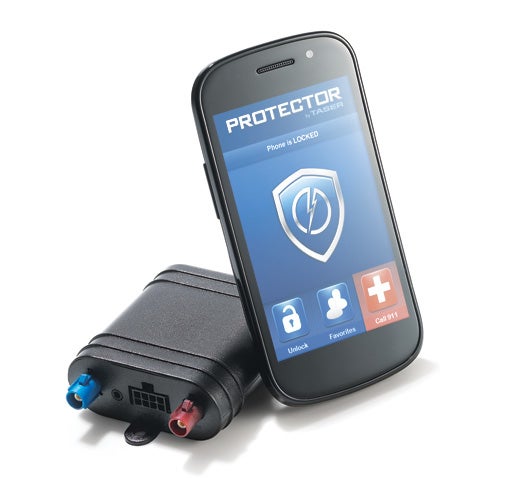 Mobile phones that vie for drivers’ attention accounted for 25,000 injuries and deaths in 2009. and new drivers are common culprits—at least 60 percent of teenagers admit to fiddling with their phones when their hands should be at 10 and 2. To facilitate safe, secure driving habits in teens (and everyone else), Taser’s Protector accessory has a solution: allow only hands-free functions when a phone is in a vehicle, so it won’t distract a driver in transit.

The system plugs into any car that has a standard diagnostics port. When the driver turns on the ignition, the device connects via Bluetooth to an app on the driver’s phone and blocks designated functions that require eyes or hands, such as texting and Web surfing (911 is always available in an emergency). The device also has its own SIM card and GPS chip, so it can generate and transmit location data—added security if your wheels get stolen.