Nano-thin sheets of metal can be used to build a tiny high-definition display, according to University of Michigan researchers. They... 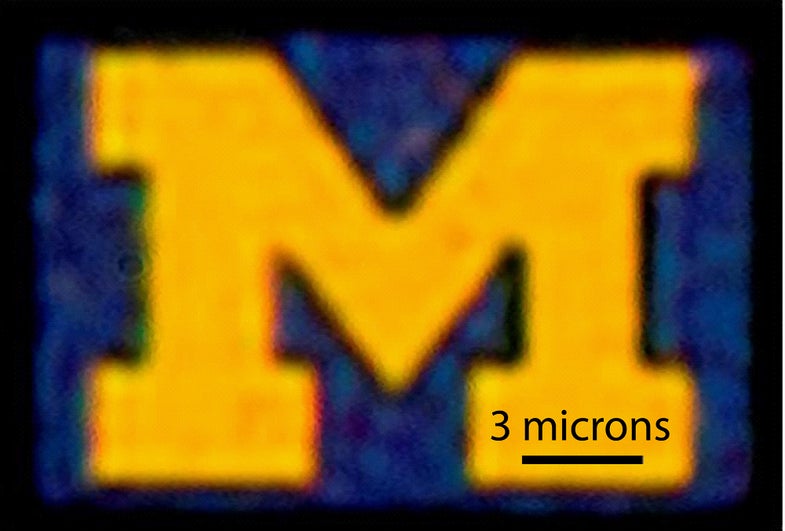 Nano-thin sheets of metal can be used to build a tiny high-definition display, according to University of Michigan researchers. They built a 9-micron-high image of their logo to prove it.

The pixels in the display are an order of magnitude smaller than those on a typical computer screen. They are roughly eight times smaller than the pixels on the iPhone 4.

The display involves sheets of metal with precisely spaced slits that act as resonators, trapping and transmitting light at different wavelengths. It consists of two metal sheets sandwiching a dialectric (non-conducting) material. This eliminates the multiple polarizers, color filters, chemicals, glass and liquid crystals required to make an LCD, according to Jay Guo, an associate electrical engineering professor at the University of Michigan.

The nano-pixels could be handy for projection displays, tiny displays and wearable, bendy displays, Guo says. They waste less light than an LCD, which could make them energy-efficient to boot.