A meteor strikes, damaging solar arrays and life support systems, and as you watch the billowing dust cloud move ominously... 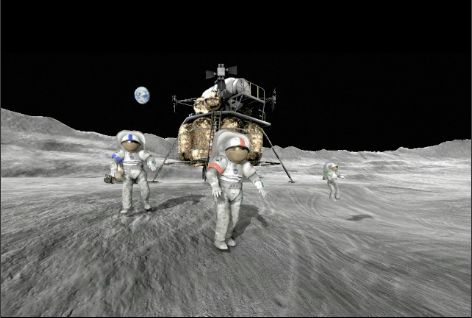 A meteor strikes, damaging solar arrays and life support systems, and as you watch the billowing dust cloud move ominously toward your lunar camp, you have to restore critical systems and oxygen flow. Starting July 6, a new NASA video game will let you save the day, in 3-D.

Gamers will have to get used to running with a moon-bounce loping gait while wearing a bulky moon suit — atypical for first-person video game missions. You can play alone or with a team.

NASA’s Learning Technologies division built the game to prove the space agency can make cool video games that will inspire kids. Ultimately, the game could be used in STEM (science, technology, engineering and math) education programs.

And if Congress decides to end NASA’s moon-return program, this might be the only way to have a lunar adventure.