The world’s tiniest chess board and a pea-sized barber shop are the winners of a microelectromechanical systems design contest at... 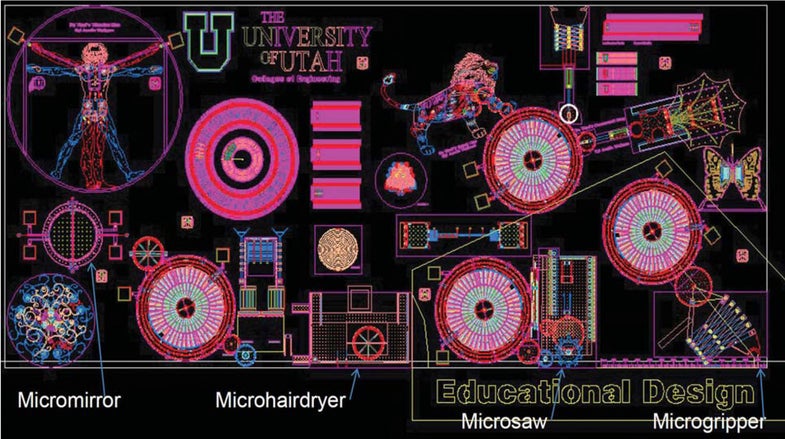 The world’s tiniest chess board and a pea-sized barber shop are the winners of a microelectromechanical systems design contest at Sandia National Laboratories. The microbarbershop can cut a single hair, and the chess board — about the diameter of four human hairs — comes with a full set of minuscule chess pieces.

Students at the University of Utah built the barbershop to convey the scale of MEMS devices. It comes with a micro-gripper and cutter that can grasp a strand of human hair and trim it. It also has a micro-hair-dryer and micro-mirror “for examining the quality of the cut,” the students write in a paper about their design (PDF).

Students at Texas Tech designed the chess set, which comes with micro-chess pieces scored with the design of traditional chess figures. Each piece has tiny stubs that allow a micro-robotic arm to move them among the squares. 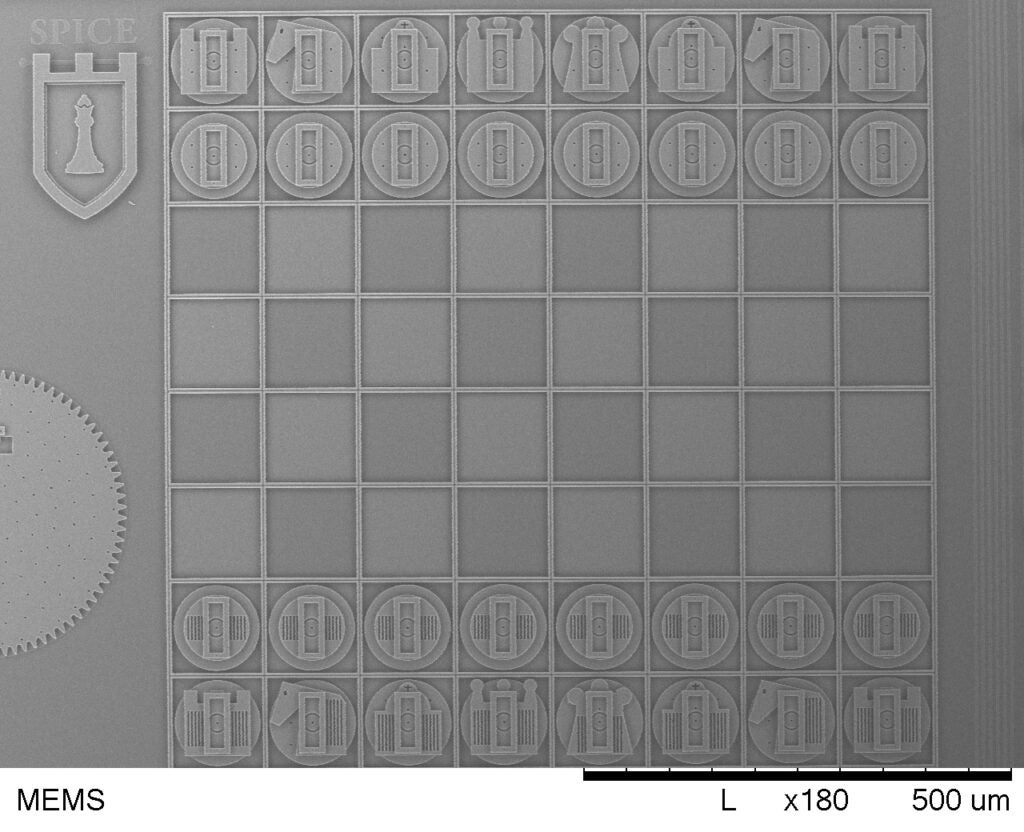 This tiny chess board designed by Texas Tech students has pieces that are half the width of a human hair.

The contest, held in mid-May, is open to members of the Sandia-led MEMS University Alliance program, which allows student engineers to hone their microdevice skills. Such devices are used in telecommunications, medical research and in home devices, as a Sandia press release notes.

The microbarbershop has lessons that go beyond its entertainment value, according to its designers. The mirror demonstrates the optical properties of MEMS, leading to discussions of how they can be used in telecommunications and projection systems, for instance. The hair dryer illustrates how MEMS can produce heat and manipulate air using micro-heaters and fans, and that’s applicable to how MEMS work in ink-jet printers and air-flow sensors.

The microchessboard won a novelty award, but it, too, has valuable lessons about longitudinal movement in MEMS.

Both devices will be built in Sandia’s microfabrication facility, one of the most advanced in the world.