When it comes to their home entertainment gear, Toshiba loves to do two things: stick Cell processors (the same brain... 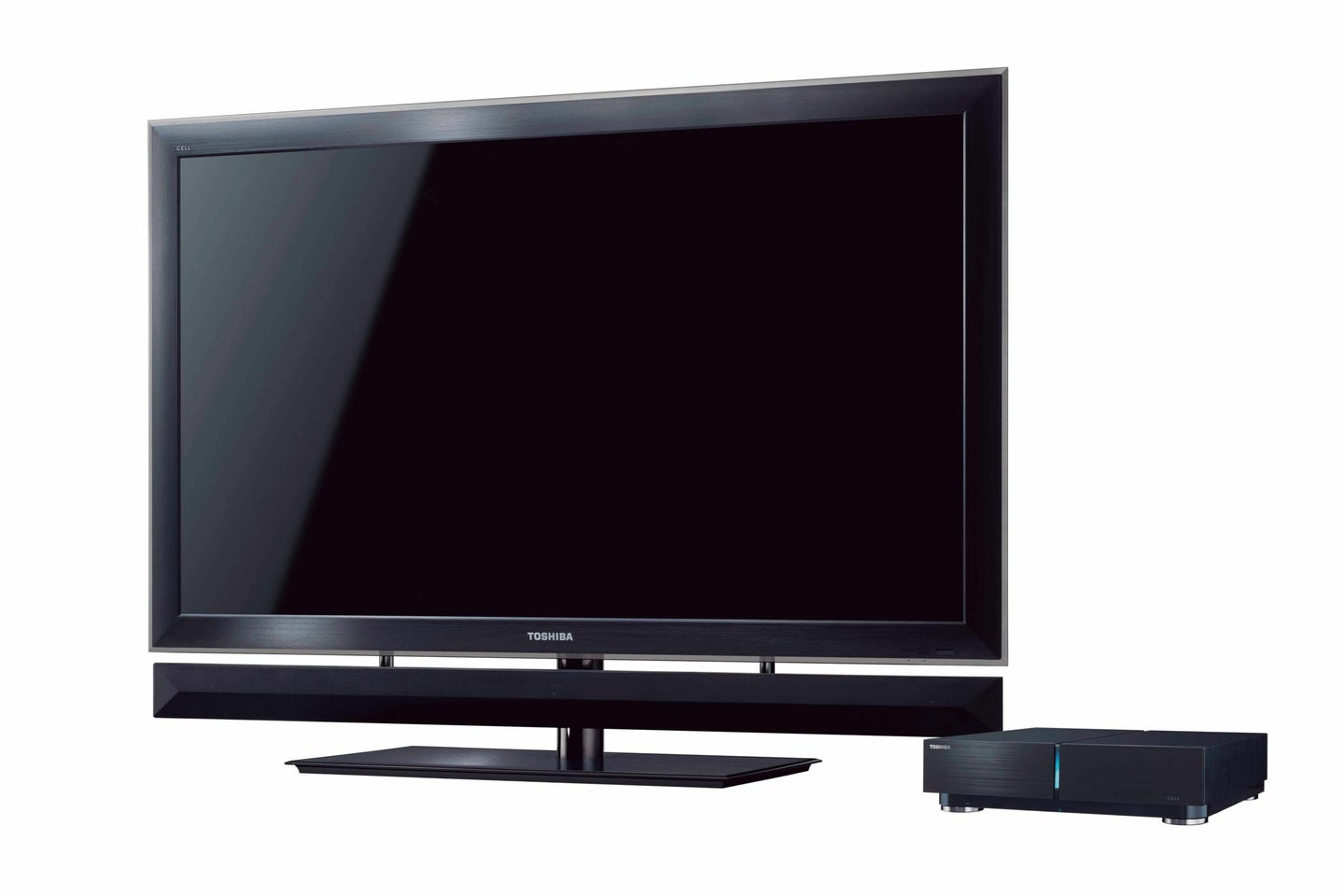 When it comes to their home entertainment gear, Toshiba loves to do two things: stick Cell processors (the same brain powering the Playstation 3) inside them, and tout the ability to upconvert your crappy standard-def or web-streaming video to glorious high-def. Their Cell TV, just unveiled at CES, promises to do both things, but with an added selling point befitting this year’s 3-D theme: upconversion of any two-dimensional source into 3-D in real time.

Their are a few worn adages that come to mind: “If it sounds too good to be true, it probably is.” Or perhaps something about a pig in lipstick? Either way, we’re obviously holding judgement on the quality of the 3-D conversion until we actually get to strap on our frame-sequential glasses and try these for ourselves.

But aside from the 3-D magic, the cell TV packs in plenty of other features: the included set-top box (which houses the 3.2 GHz, 8-core Cell processor) essentially as a home theater PC, with its included Blu-ray player, 802.11N wi-fi, 1TB hard drive and a DLNA server and client (for playing back video from other devices on your network). 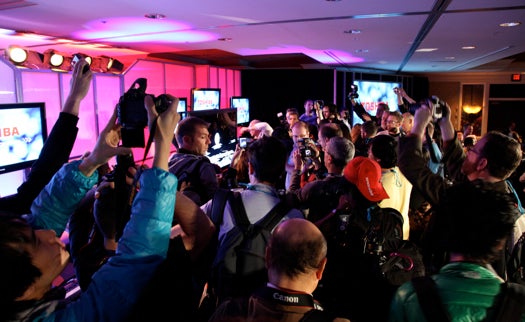 Swarm! Swarm Around the Cell TV!

As for the picture quality, Toshiba’s hyping the Cell’s processing power with its ability to constantly tweak the picture while you’re watching for the best possible quality. It will keep track of 512 local dimming zones in its LED backlight (quite a few more than is standard now) to keep blacks as black as possible, and an ambient light sensor adjusts color balance and brightness according to the lighting conditions in your living room. They’re also, of course, promising even more impressive upconversion of standard-def video using the Cell processor, including the live feed of Grandma’s face from the built-in videophone. Grandma HD! How nice.

The Cell TV will be available in sizes going from 46 to 65 inches later this year. As is usually the case at CES, there is no info on pricing or an actual release date.