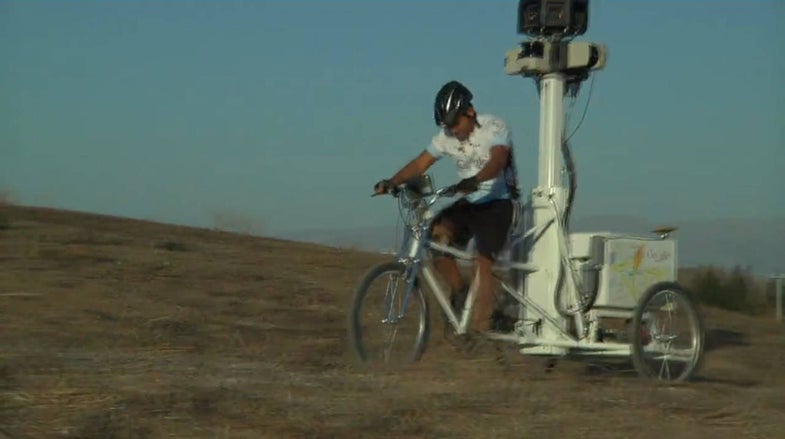 Google Street View has typically depended upon camera-toting vans and cars to provide onsite visuals to Google Maps users. But a more recent addition to the wheeled fleet includes a trike pedaled by a Google employee who resembles a fit ice cream man.

The trike travels the narrower paths around areas such as parks and trails, college campuses, outdoor malls, theme parks and zoos, landmarks and even sports arenas. It should help expand the service to just about anywhere with a reasonably paved path, although there’s still no word as to whether Google next plans to hire robotic sherpas or human walkers armed with cameras.

People can even vote for the Trike’s next destination at the Google Trike homepage. That came about partly due to the popularity of Google van and car sightings among passersby, if not among wary Japanese citizens who require cute stop-motion explanations of Google Street View.

We at PopSci have even gotten in on the Street View craze by providing a DIY guide on pimping your ride as a Google Street View photo rig. But perhaps some more enterprising readers might try pimping a Trike while they’re at it.