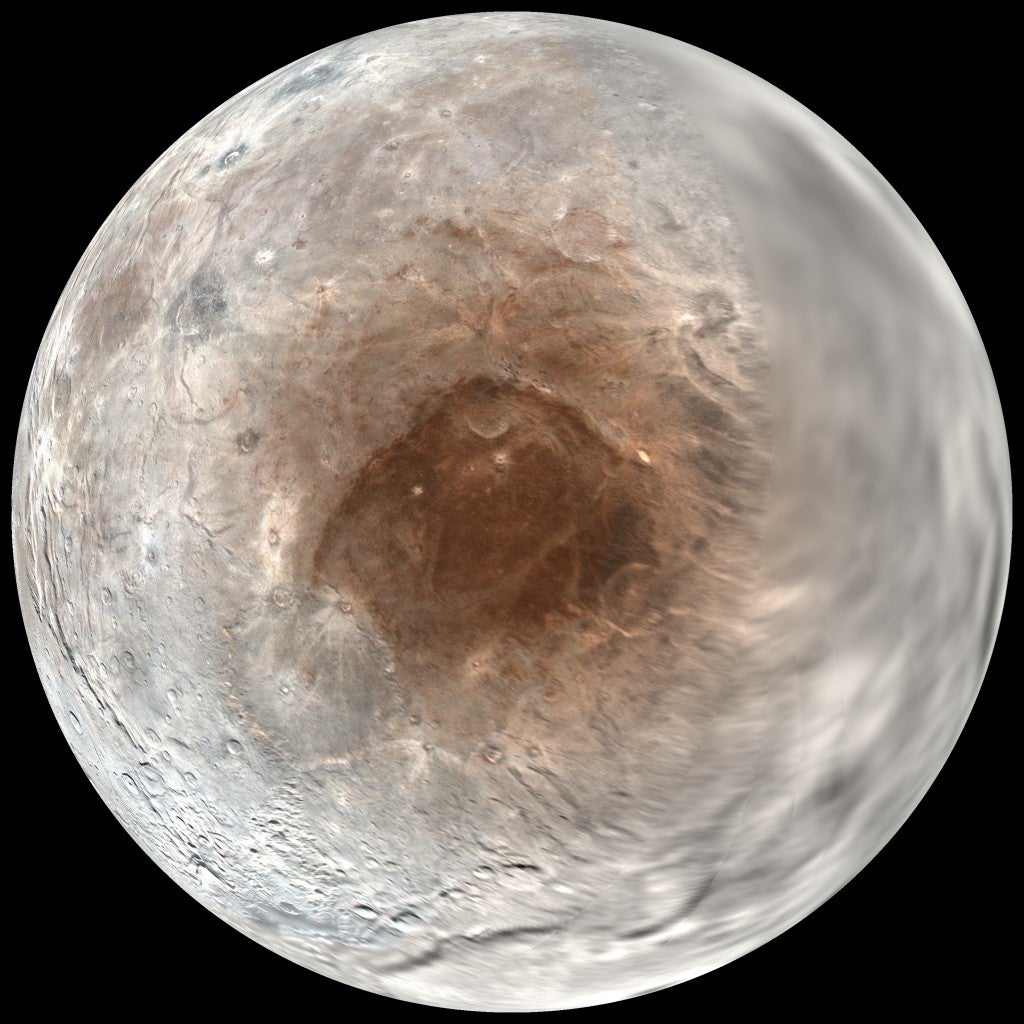 Data from the New Horizons probe may explain how the red cap atop Pluto’s largest moon formed. The ruddy color comes from gases that escaped the dwarf planet’s atmosphere only to be trapped at Charon’s north pole, indicates a study published today in Nature. Astronomers examined images of Charon taken by New Horizons and modeled the temperature and other conditions around its north pole.

Charon’s north pole endures frigid winter temperatures that last more than a century, most recently from the late 1800s to 1989. During that time, the researchers believe, methane from Pluto’s atmosphere freezes into a thin skein of ice at the winter pole. Some of these gases become converted into heavier, less volatile chemicals that linger when sunlight warms the pole back up. Eventually, exposure to solar radiation changes these compounds into reddish materials called tholins, giving the polar cap its distinctive hue.