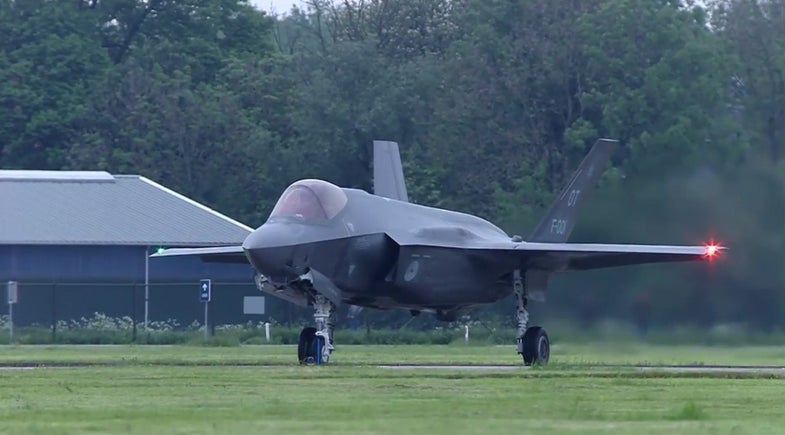 America’s stealth F-35 Joint Strike Fighter, the most expensive fighter program in history, isn’t exclusively made for the Pentagon. Besides America’s Navy, Marines, and Air Force, nine other nations signed on to receive F-35s from Lockheed Martin, and today, a pair of F-35s are arriving in the Netherlands.

The Netherlands ordered a total of eight F-35A fighters, to replace some of the F-16s currently in use.

And after a second pass, it touches ground. Great job! This is the cheapest version of the plane, which costs $108 million apiece, at the lowest estimate.

Watch the landing below, starting at around 2 hours 9 minutes in: