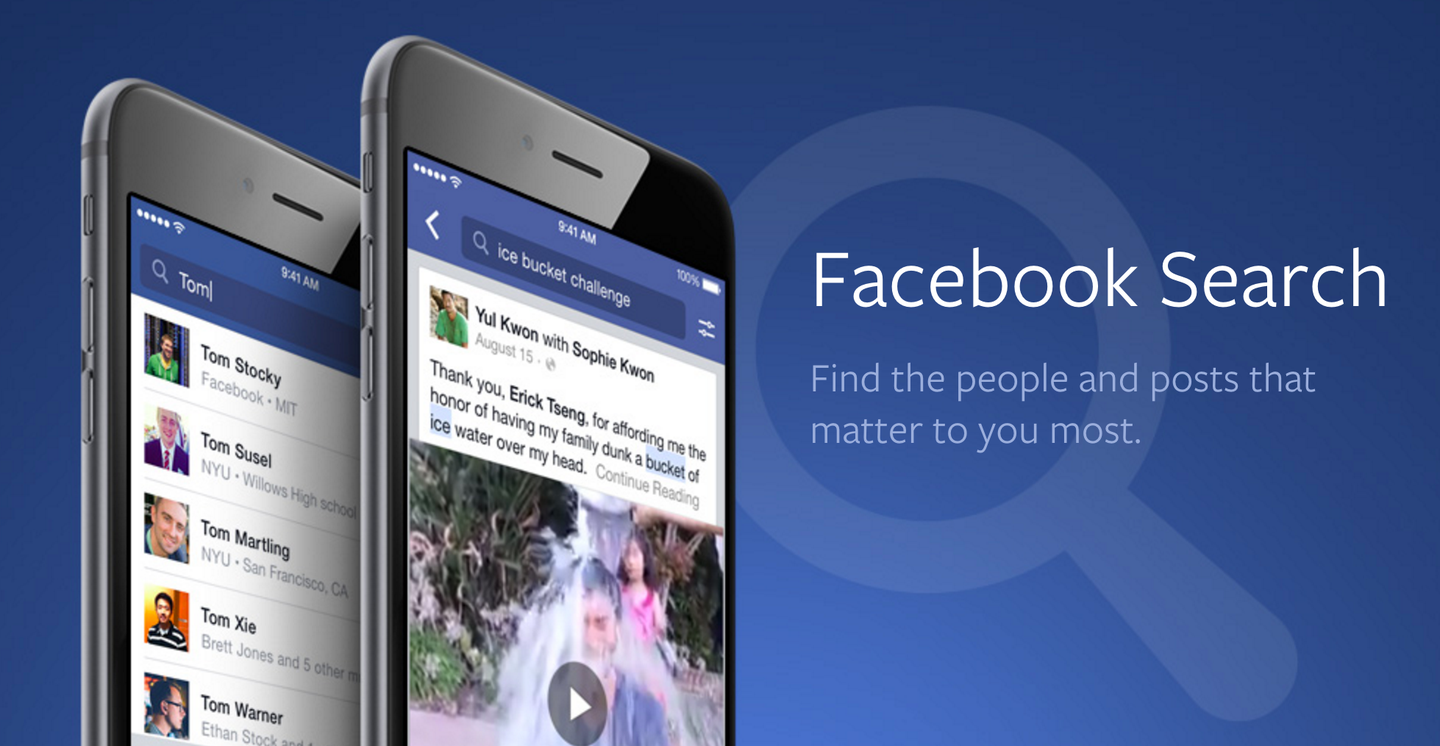 If you haven't heard yet, Facebook just updated their search function to find everything on the web, including everything you've ever publicly posted. Why not remind your friends of this fact by finding the most embarrassing statuses they posted in middle school, print them out, tape them together, and wear the creation around your neck? I'm sure they'll appreciate all the Panic! at the Disco lyrics and 133t-$p34|< statuses. Facebook/ Screenshot
SHARE

As Google proved in 1998, if you want to rule the internet, the key is search. Last year, Facebook expanded its search feature to include not just users, but individual posts. This, coupled with added news features and tools aimed at journalists in past months, is all a part of Facebook’s dream of being not just the biggest, but the only website on the internet that matters.

The expansion of search also pushes news to the forefront of accessible content. Simply typing “water on mars” or “Benghazi” into the search bar now brings up a little flag that says “Happening Now” and the number of how many people are talking about that topic, linked to a page with what Facebook’s algorithm sees as legitimate news sources. It also is tailored to you—the organizations and topics you “like” are ranked higher in your search results.

Facebook has invested a lot of time and energy into news, most recently with the full launch of Facebook Instant Articles this Tuesday, with partners like The New York Times, Vox, and The Atlantic (Popular Science is not among them at present). The trending bar has expanded into sections like Sports and Science, and the algorithms seem snappier than ever before. Cataloging every post, as announced today, means the ability to take on their largest competitor in the breaking news space: Twitter.

However, there are obviously some major differences—mainly post length—and Facebook is taking full advantage of that to provide the option with the most information and context. Instead of clicking on a news article in a tweet, Facebook logically wants you to read about it on the Facebook Trending page, and then maybe click on one of its Instant Articles.

This feature is live now, so you can try it for yourself. Try Popular Science, and catch up with the news from the future!