Scientists have developed an airborne imaging technology that will allow them to spot ailing reefs up to 70 feet underwater. 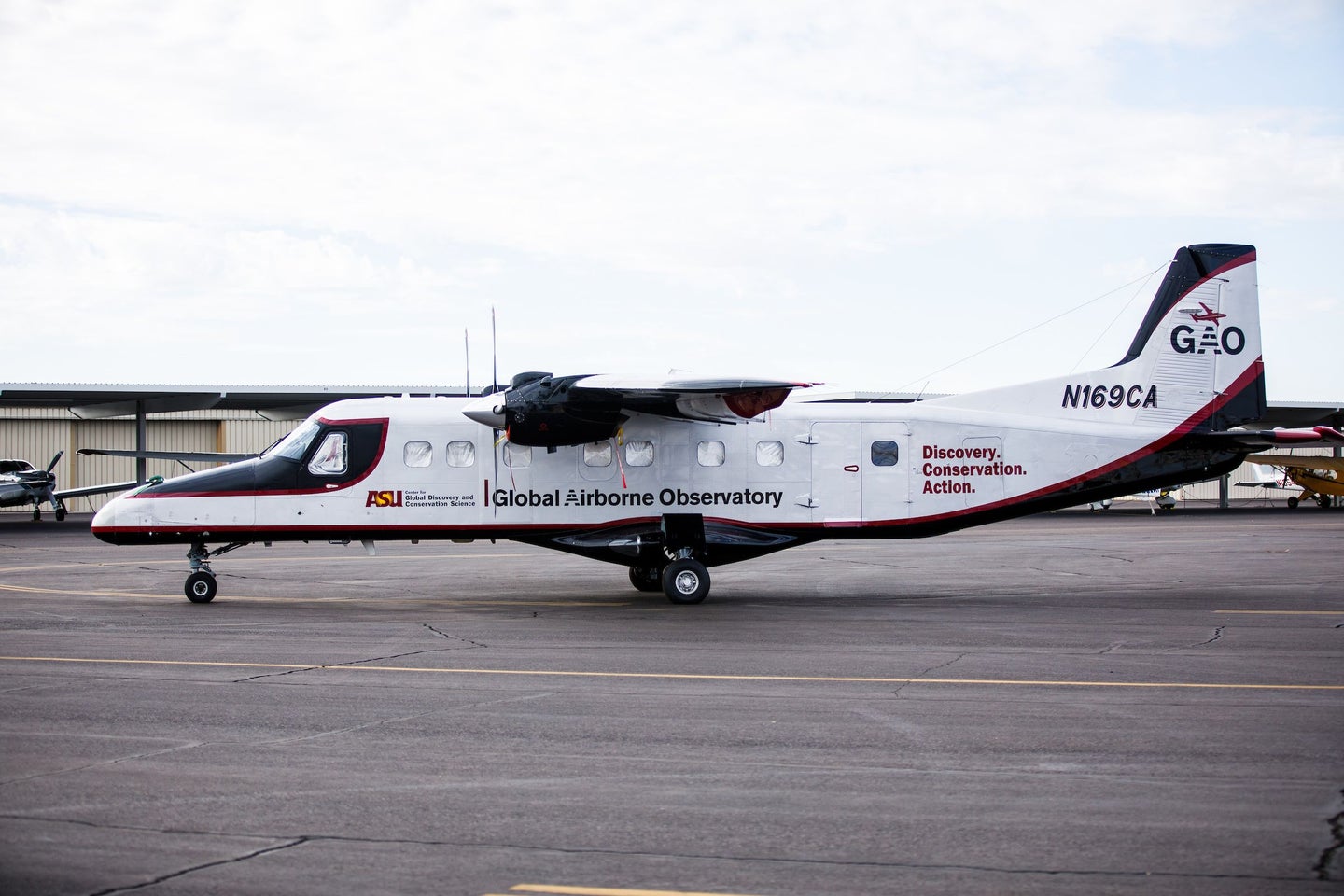 Not that long ago, Brian Neilson, program manager at Hawaii’s Department of Land and Natural Resources-Division of Aquatic Resources, had only two ways of mapping coral reefs: send out divers or gather satellite images. Neither was perfect. Divers could produce detailed maps, showing which corals were healthy and which were ailing, but they could only cover a small area. Satellite images could cover larger areas, but they offered very little insight into the health of the reefs.

“So it was either really, really detailed, but not very good coverage, or really coarse detail, but good coverage,” Neilson says.

But in 2019, Neilson worked with researchers from Arizona State University to deploy a new spectroscopic imaging system to create massive, detailed maps that differentiated living corals from dying or dead corals. The system was added to Arizona State’s Global Airborne Observatory, a plane equipped with infrared and laser imaging technologies that are used to gauge the health of forests, reefs, and other ecosystems. Their findings from mapping reefs around Hawaii were recently published in the Proceedings of the National Academies of Science.

“It was definitely a game changer for us just to be able to look at how much coral cover we have throughout the state, and then use that to look at how we manage our oceans,” says Neilson, a coauthor of the paper. “We weren’t able to do that before.”

When ocean waters grow too warm, corals expel the colorful, microscopic algae that live in their tissues. This process, known as coral bleaching, turns corals white and often leads to their death. As a result of climate change, such events have grown increasingly common. Unusually warm waters in 2014 and 2015 killed off more than 50 percent of corals in some parts of Hawaii, creating a need for better monitoring.

Greg Asner, director of Arizona State’s Center for Global Discovery and Conservation Science in Hawaii, has been developing this technology since 1998, when he and his team of engineers started building instruments called spectrometers, which separate different wavelengths of light from a single source. Since each chemical has a unique light footprint, scientists can use spectrometers to discern the chemical composition of objects from afar, whether they be coral reefs on Earth or distant planets and stars.

“Corals have a unique and complex molecular signature. They’re an animal that has a symbiosis with a very small algae,” says Asner, lead author of the paper. “This algae and this animal create, in combination, a molecular signal that we can see from the aircraft’s instrumentation on board as we fly over.”

If the signal is intact, the scientists determine it’s live coral, Asner says. But if the signal is broken, that means the live coral’s chemical signature has changed, indicating bleaching or some damage. Getting the system to work over the ocean proved to be a challenge.

“The ocean application was just very, very difficult for the obvious reason that we have to look through ocean water,” Asner says. “In doing that, we lose about 97 percent of the signal, and all of the signal when it gets too deep.”

With the remaining signal, scientists could determine the state of corals up to a depth of around 70 feet. The new mapping technology could help scientists determine which reefs are thriving and why, as some reefs may be coping with warmer waters better than others.

Gove, a researcher at the Pacific Island Fisheries Science Center and coauthor of the paper, has been studying how Hawaii’s coral reefs are responding to pollution, acidification and fluctuations in temperature. Armed with data from the imaging system, Gove can identify areas where officials can take steps to preserve coral reefs, such as curbing sewage runoffs, reducing fishing or creating more protected areas.

“It provides a number of opportunities to ask questions that maybe we couldn’t ask before. A pretty key question is, ‘Which areas are going to be more resilient in the face of climate change?’” Gove says. “And that’s really important, because those are the areas that we want to conserve.”

Thomas Oliver, a research ecologist at the Pacific Islands Fisheries Science Center, who was not affiliated with the study, says the system is part of a wave of new monitoring technologies offering “accuracy and spatial coverage that is literally unprecedented.”

The system could prove useful beyond Hawaii, but there are hurdles to using the technology in parts of the developing world, where the cost of flying a plane could prove prohibitive.

“Hawaii is a pretty well-off state in a well-off country. So they could afford to pay Greg to fly the airplane all around, right? That’s not cheap,” says Helen Fox, conservation science director at the Coral Reef Alliance.

To help developing countries guard coral reefs, Fox has worked with Asner to create Allen Coral Atlas, which uses satellite imagery to create detailed maps of coral reefs in places like Mozambique and Sri Lanka. But, currently, no satellite can determine whether corals are dead or alive, Asner says. He is working to launch a satellite that is equipped with a spectrometer.

In some parts of the world, climate change, overfishing, pollution and ocean acidification have proved catastrophic to coral reefs. In Australia, mass bleaching events in 2016 and 2017 damaged two-thirds of the Great Barrier Reef, and that may just be a sign of things to come. If temperatures rise more than 2 degrees above pre-industrial levels, the world would lose 99 percent of its coral reefs, according to the Intergovernmental Panel on Climate Change.

However, Fox and other scientists believe that Asner’s technology is a step forward in the effort to save coral reefs, and hope that it will motivate public officials to act fast against climate change.

“We don’t need these technologies to tell us what to do,” Fox says. “But the technologies do help. They will help map things better. They can help predict things better. Part of the hope is that, because maps can be good communication tools, they will help motivate governments and other decision makers to do the kind of work that’s needed to reverse the trajectory we are in.”