A 1995 guide explains the challenges of clearing potential bear-bait out of wilderness recreation areas. 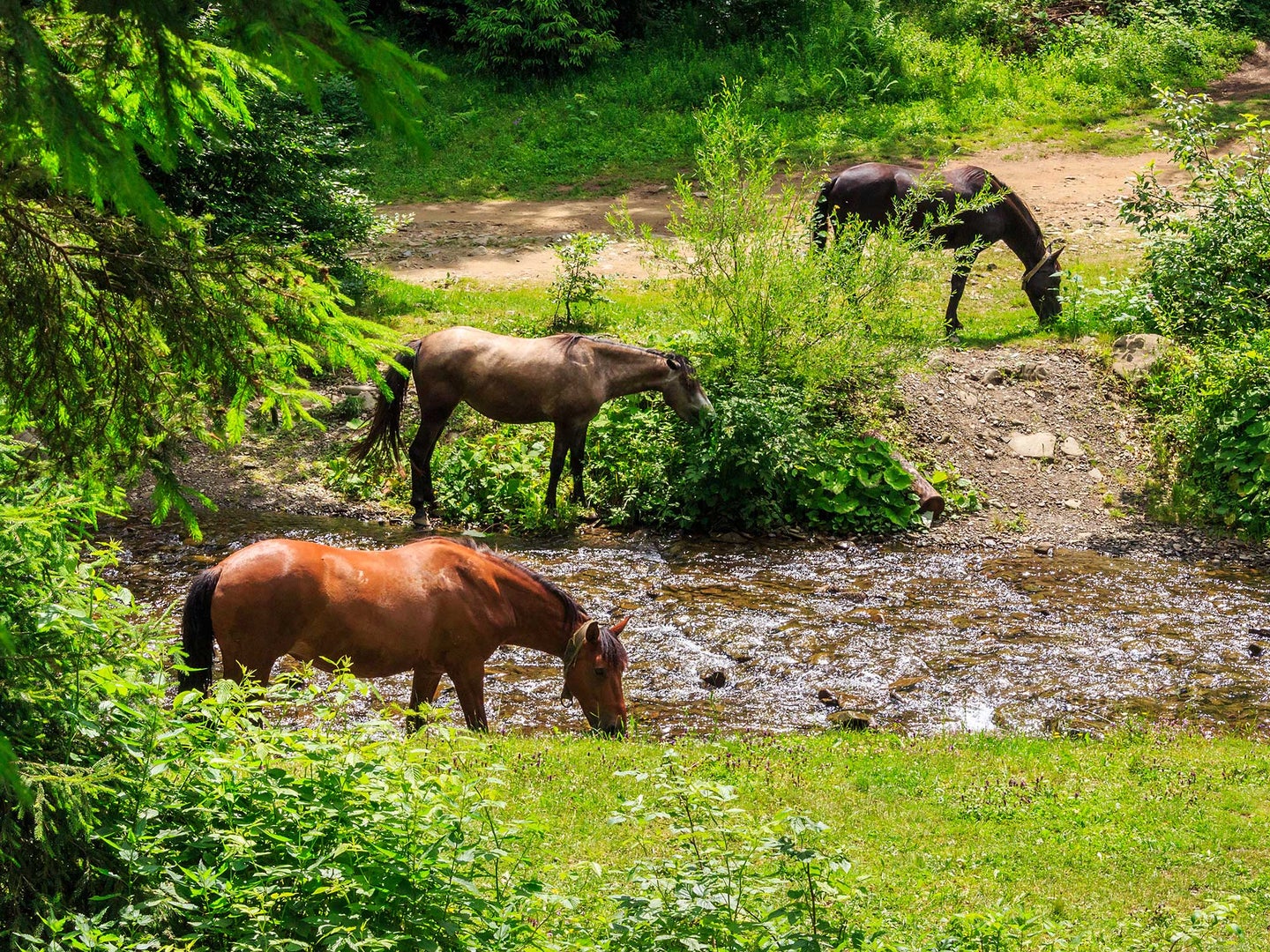 A U.S. Forest Service guide from 1995 shows where to put explosives to partially or completely obliterate a horse carcass. Deposit Photos
SHARE

‘Stop beating a dead horse,’ is a common expression, but have you ever tried blowing one up? If not, the U.S. government has a helpful guide for doing exactly that. A U.S. Forest Service document from 1995 called “Obliterating Animal Carcasses with Explosives” which takes readers through the process step-by-step. Though it sounds silly, obliterating a large animal carcass is actually very important for safety in wilderness recreation areas, where a carcass might attract bears, or near picnic areas or roadsides where the public might object to a dead animal rotting nearby.

“Large animal carcasses can be particularly difficult to remove, especially if they are located below a steep cut slope or in remote areas,” wrote Jim Tour and Mike Knodel in the 1995 guide. Some large animal carcasses, like that of a horse or a moose, can weigh more than 1,000 pounds, so good luck moving that deep in the backcountry.

If moving the carcass is too much effort, let explosive chemistry do the work for you. The guide recommends consulting with blasting experts first and, if the situation calls for it, break out the ka-boomy stuff. The guide recommends using fireline explosives, which are “specially developed coils containing explosive powder”  and often used to clear out combustible materials in the path of a wildfire, according to the National Wildfire Coordinating Group.

There are two goals that explosives can achieve when used on an animal carcass. The first goal is to disperse the carcass into small enough chunks so that bears or other predators gather nearby, the guide explained. When properly dispersed, smaller scavenger animals can break down the remains “within a few days,” the guide said. However, there are some situations where the goal is not to disperse the dead animal, but to completely obliterate it. That could be when the public is expected in the area soon, or where there are many bears in the area already, the guide explained.

If dispersal is the goal, the guide recommends placing 20 pounds of explosives total underneath the carcass in key locations, then using a detonator cord to tie the charges together.

“Basically you’re looking at getting the explosive charges on the major bones of the body, along the spine,” a lead blaster (also known as a ‘master blaster’) for the Forest Service named Jim McBreen told Colorado Public Radio in 2012. “If you can get them underneath, that helps also.”

However, sometimes it’s difficult to place charges underneath the carcass because it is too heavy, frozen into the ground, floating in water, or it simply smells awful.

“The ones that have been out there a couple of weeks, when you come up on them it can really ruin your day,” Nolan Melin, a former backcountry horse packer and trail crew member for the U.S. Forest Service, told the Montana-based Billings Gazette in 2017.

If you can’t get under the carcass, the guide recommends draping 55 pounds of fireline explosives over the remains. However, the more explosives you use, the greater chance you will achieve the second possible goal: obliteration. If that is your goal, the guide advises putting 20 pounds beneath the carcass and 20 pounds on top, depending on the type of explosives. Then obliterate away.

“40 to 55 pounds [of explosives] are recommended to ensure total obliteration,” the guide says.

Though the Forest Service guide for blowing up dead animals was written with trail crews in mind, it has become a classic in other explosives-related communities too. One soldier with 17 years of experience in the Army Explosive Ordnance Disposal community said the guide has “been floating around EOD and demining communities for years.”

“I first saw a hard copy of it years ago in a collection of publications on obscure procedures and ordnance that we had at the 754th EOD Company,” said the soldier, who preferred to stay anonymous since they are still in the military. “Granted, as an EOD Technician, I usually don’t have a need to explosively dispose of a large animal, but it’s an interesting example of problem solving.”

Seeing a wide variety of applications for explosives can get the creative juices flowing for EOD techs, engineers and other people who make things go boom, the soldier said, which can be helpful when confronted with an unusual problem. Since military EOD technicians often help domestic civilian authorities like local police and the U.S. Secret Service, those problems could include anything from a WWII-era grenade found in a grandfather’s attic to sea mines washing up on civilian beaches.

“I’ve had to dispose of unexploded ordnance, improvised explosive devices, fireworks, and even a safe door once, but never a horse,” the anonymous Army tech said. “But it’s good to know that if I need to, there’s a guide for it.”

Dispersal and obliteration may sound violent, but one could argue that it simply moves along nature’s decomposition process more quickly.

“A horse can lay for months without completely degrading,” McBreen told Colorado Public Radio. “If explosives are used, a week later, you can’t tell there was an animal there.”

Melin, the former horse packer, said horses and mules sometimes get loose and wander into the wilderness. Cows also get lost and die frozen in inconvenient areas like around the ski resort town of Aspen, Colorado, where the Forest Service considered blowing up six cows who suffered that fate back in 2012. In the end, the crew opted to “cut the cows up by hand and toss the pieces in the forest,” Colorado Public Radio reported.

If blowing up large land animals sounds gruesome, keep in mind that in November 1970, the Oregon Highway Division (now the Oregon Department of Transportation) had a tough time blowing up a 45-foot, eight-ton decaying whale stinking up the shores near Florence, Oregon.

Instead, the public servants decided to obliterate the whale with a half-ton of dynamite. The hope was that any small pieces left over would disappear via seagull and other scavengers, Linnman explained. Highway Division employee George Thornton expressed uncertainty that the crew used enough explosives to sufficiently disintegrate the whale, but it turns out they may have used too much. The crowds were no closer than a quarter-mile to the blast, Linnman among them. But even so, the reporter had to turn the news camera off amid “a run for survival as huge chunks of whale blubber fell everywhere.”

A car parked over a quarter-mile away suffered the most damage, as the passenger compartment was “literally smashed” by one particularly large chunk of blubber. Fortunately nobody was hurt, but everyone around the blast was “covered with small particles of dead whale,” Linnman said. The seagulls expected to clean up the rest were also scared off, but the remaining pieces were so small that it would not have been worth the bother anyway, he added.

It’s hard to imagine a scenario where military EOD techs would have to blow up a dead whale, moose or horse, but the EOD community’s expectation of the unexpected is one of the reasons why the 1995 Forest Service guide has circulated among the EOD community for so long, the Army tech explained.

“It also helps that it’s a bit humorous in a morbid and non-sequitur kind of way,” they said.

“Horseshoes should be removed to minimize dangerous flying debris,” the guide warns.