Saltwater crocodiles are eating a lot of feral hogs in Australia

Once low in numbers, the saltwater croc is thriving where wild swine is available as prey. 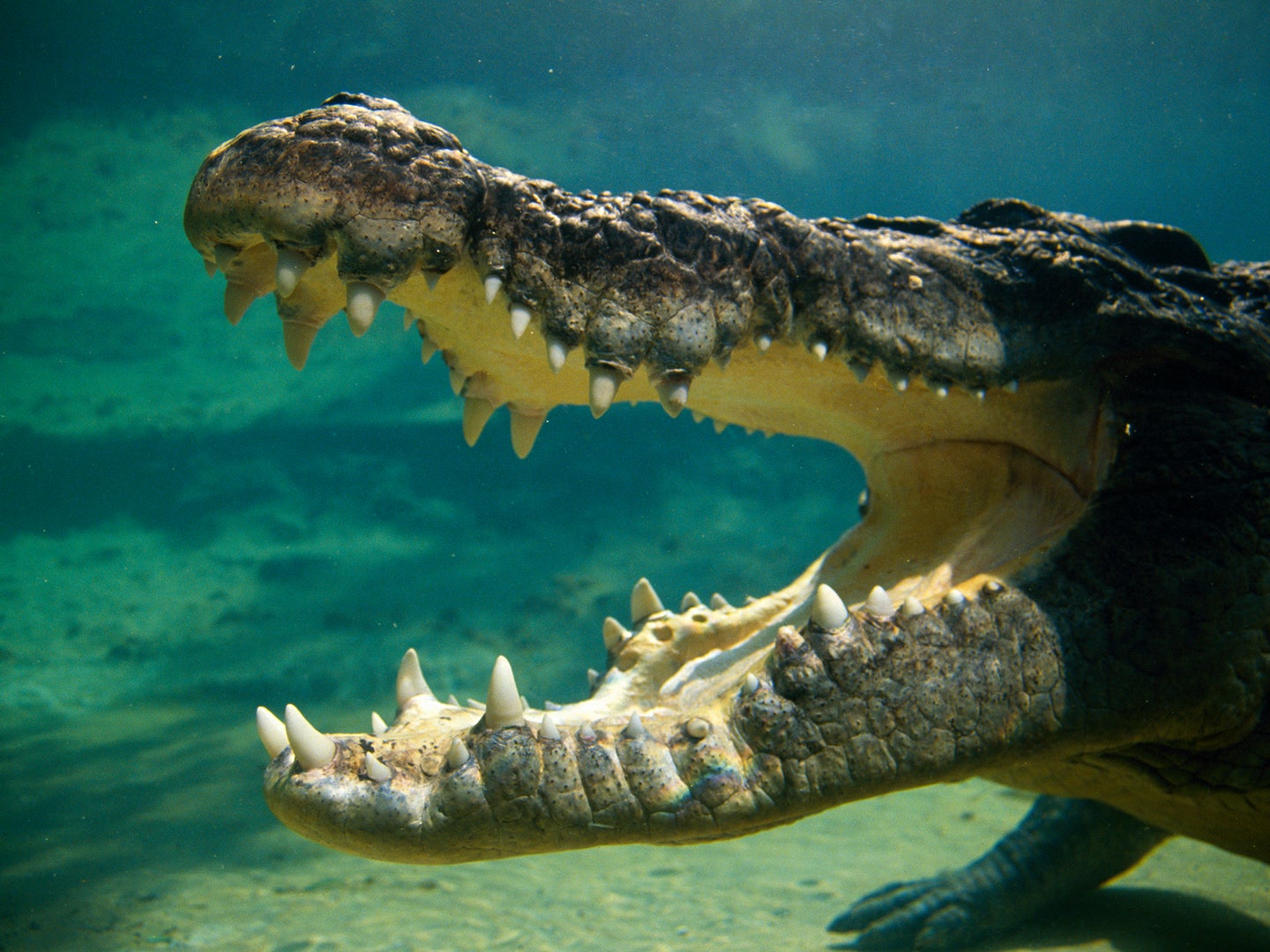 Saltwater crocodiles in Australia’s Northern Territory are thriving, and the reason why might surprise you. The population of the big reptiles in the area rose from a low of around 3,000 in 1971 to more than 100,000 today. And it turns out, a proliferation of wild pigs might be fueling the croc comeback.

According to a research study published in the science journal Biology Letters on April 27, scientists seeking an explanation for the population surge looked for dietary changes over the last half-century by comparing the bones of crocodiles sampled 40 to 55 years ago with the bones of contemporary crocs. A change in the levels of carbon and nitrogen isotopes indicates the predators have switched from marine food to a terrestrial diet primarily comprised of feral swine, which also increased in numbers during the same time frame.

The decline in saltwater-crocodile numbers to near-extinction levels in the early 1970s was blamed largely on market hunting, which was banned nationwide in 1971. A 2021 story from ABC, Australia’s national broadcaster, reported that, at the time the ban started, it was estimated that 113,000 crocodile skins had been exported from the Northern Territory since the end of World War II.

The change in focus from sea-based to land-based prey is just one reason put forward to explain why saltwater crocs in the Northern Territory have recovered while those in Queensland and Western Australia have not. Those states don’t have the Northern Territory’s extensive floodplains, which make ideal nesting habitats for female crocodiles, said study leader Hamish Campbell, a professor at Charles Darwin University.

“We think of crocodiles as aquatic animals, but they’re obviously having quite serious implications for feral pig ecology,” Campbell told The Guardian. “There isn’t anything else out there in the floodplain that exists at that high a nutritional value and biomass that could be supporting the crocs.”

Like the United States, where invasive species managers consider feral hogs Public Enemy No. 1, Australia has quite the pig problem. Up to 24 million hogs roam nationwide by some estimates. The new study did not draw any conclusions about the impact crocs are having on those numbers, but researchers plan to look into that issue next.