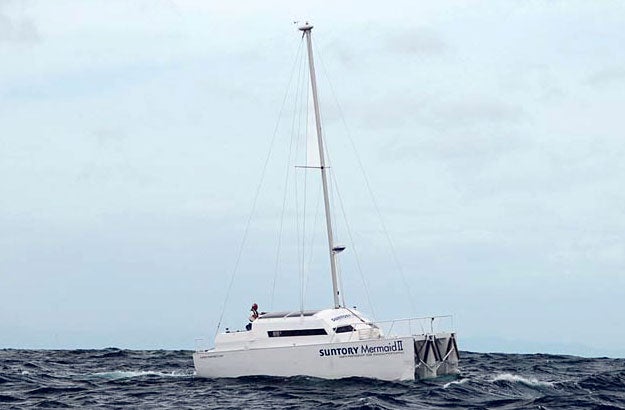 It was all smooth sailing for seafaring extremist Ken-ichi Horie. That wasn’t exactly what he was hoping for when he set sail for Japan from Hawaii in the world’s most sophisticated wave-powered boat, named the _Suntory Mermaid II.

As we reported earlier, Horie aimed to make the 4,350-mile cross-Pacific trip in 60 days, about 50 days longer than it would take him in a diesel-powered craft—but infinitely more eco friendly. Instead, the [ 111 days, owing to an unusually long stretch of good weather and flat seas.

Traveling an average of 1.5 knots, 69-year-old Horie certainly didn’t set any speed records but he did set one for the longest ocean voyage made in a wave-powered craft, proving along the way that a fossil-fuel-free propulsion system can work, albeit leisurely, under real-world maritime conditions. Congrats to Mr. Horie and team.