Satellite Images of Devastation in Burma 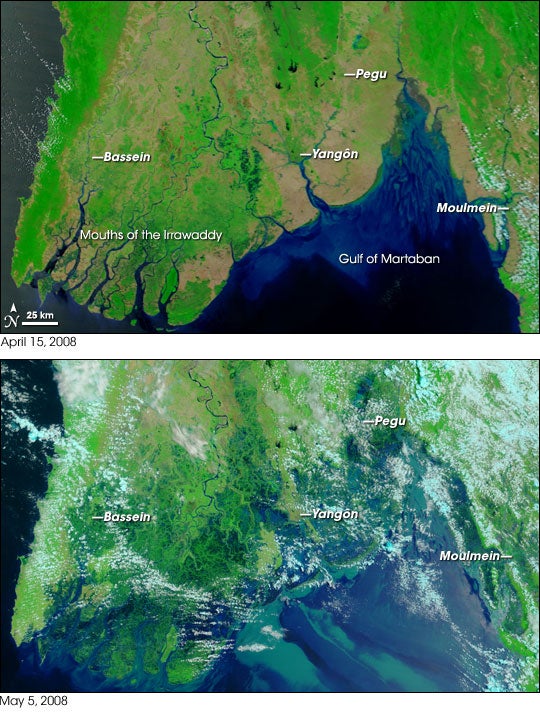 Tropical Cyclone Nargis slammed the Burmese coast with 130 mph winds and bursts of up to 160 mph–the equivalent of a category 3 or low-level category 4 hurricane. It reportedly led to thousands of deaths, and as of Monday, thousands more were missing. Now NASA has released a set of images that show how drastically the flooding has drenched Burma’s coast.

The Terra satellite used its Moderate Resolution Imaging Spectroradiometer to capture both the visible and infrared sections of the spectrum, which enabled it to produce pictures that highlight the coverage of the floods. The white streaks in the second image are clouds. Try to ignore those and it’s incredibly clear just how much the surrounding waters have encroached on the land. And these aren’t empty lands. There are several big cities in the region. An area known as Yangon, which has a population of 4 million people, has been surrounded by water.

The devastation has also renewed a fiery debate about the link between climate change and storm intensity.