The Environmental Cost of Salting Roads 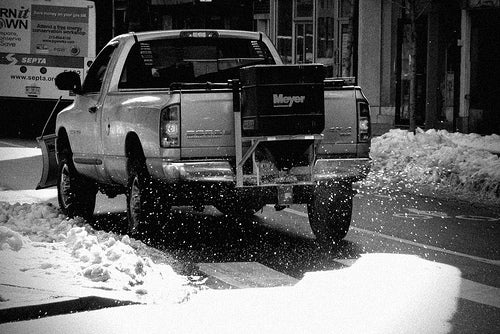 Municipalities are always weighing cost against environmental concerns and quite often, cost wins out at great expense to the environment. Residents of New York City will remember the summer of 2002 when the Bloomberg administration ceased recycling glass and plastic, citing budgetary concerns. It was cheaper for the city to dump tons of reusable refuse into landfills than to continue its recycling program. After a year of no plastic recycling and two years of no glass, the city determined the savings were negligible and resumed recycling both. Salting roads during the winter is another source of environmental concern weighed against cost. Now that Spring is finally rounding the corner, let’s look at the consequences of spreading millions of tons of salt on our roads.

Keeping roads safe in the winter is a high priority for cities throughout the country. Salting the pavement is the cheapest way to do that. When a salt crystal dissolves, it releases its component ions—sodium and chloride—which both bond with water molecules, making it more difficult for them to join to each other and thereby freeze. The problem comes from all that chloride and salt run-off. The chloride gets into our water supply and poisons fish. The salt burns vegetation and contaminates soil, as well as corroding cars and bridges. But it’s cheap. Ten times cheaper than effective alternatives. And when a city of 2.5 million people needs 135,000 tons of it, that’s a significant cost difference.

Measures can be taken to limit salt use, like outfitting spreaders with computer systems to distribute the crystals more effectively and pre-wetting the salt to make it adhere to the road. But as more roads are built every year, we’ll need to find ways to bring the cost of alternatives down to a manageable level.