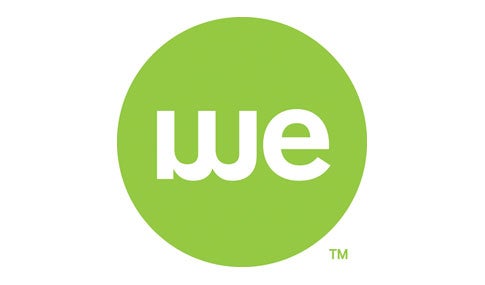 As far as TV history goes, public service announcements will go down as a small but memorable slice of the great broadcast pie. The weeping Native American, brought to tears by the garbage strewn across his great country’s highways. “Knowing is half the battle.” “This is drugs; this is your brain on drugs.” And so on.

Now, Al Gore and his Alliance for Climate Protection group have begun a privately funded PSA of their own with hopes of rallying the general public to the cause of preventing a global climate crisis.

Richmond, Virginia’s Martin Agency has been charged with creating the reported three-year, $300-million-dollar campaign branded as “We,” officially unveiled last night on 60 Minutes. You may know Martin, one of the nation’s top creative agencies, from their recent work with UPS and Geico’s cavemen (the latter of which are historical in their own right for joining Domino’s Pizza’s Noid, the California Raisins and several others in the pantheon of characters originally conceived as advertising that went on to have their own separate cultural presences—every ad client’s dream.) Martin has also done similar public awareness spots (pro bono) for the Department of Homeland Security soon after its founding in 2003.

Gore and company are obviously hoping for similar cultural saturation, but instead of pizzas or auto insurance, the commodity here is an informed and vocal public coalescing into a single mass to affect high-level change. This represents a marked shift in tone away from the more individual level of what any single person can do to help the environment, favoring instead a more wide-sweeping coalition that (hopefully) runs the gamut of Americans of all social, cultural and political backgrounds. In a series of upcoming TV spots, pairs of figures assumed to be polar political or cultural opposites (Nancy Pelosi and Newt Gingrich, for instance) are shown uniting under the banner of climate change. For followers of the presidential primary campaigns this year, this approach should ring a clear bell.

Al Gore will be the first to admit that an ad campaign will not singlehandedly solve an issue of this scale, but it’s refreshing to see such a mainstream approach toward tackling global warming urging for Americans to not only change their light bulbs or recycle more, but to band together to enact large-scale political change.

Below is the first spot, positioning global warming among the storied history of American trials and triumphs: