The Future of Cellulosic Ethanol is Green

Forget corn; we'll get fuel from all the other stuff, says DOE 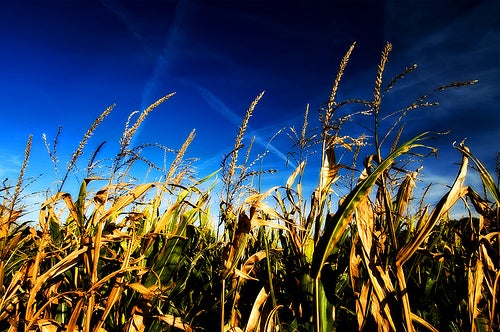 “Cellulosic ethanol technology is a lot closer to reality than a lot of articles would have you think,” said Jacques Beaudry-Losique, manager of the Department of Energy’s Biomass Program this morning at the American Association for the Advancement of Science meeting. After some well-publicized studies stated that corn-based biofuels might exacerbate CO2 damage to the environment, focus has shifted to these so-called “second generation” biofuels that use non-food crops such as switchgrass, wood chips or crop residues (e.g. all the parts of the corn plant that are currently wasted after harvest–the stalk, leaves and “cob”).

He projects that only 6 percent of biofuels in the U.S. will come from corn–31 percent will come from these crop residues, 28 from perennial crops like switchgrass and 27 percent from forest resources. The trick (as always) is making it cheap. If the DOE’s $250-million-a-year R&D efforts can get the cost of these cellulosic ethanols down to $1.30 a gallon by 2012 (compared to $2.40 today), the technologies will scale up to 3 billion gallons a year by 2015 and 16 billion gallons by 2022.