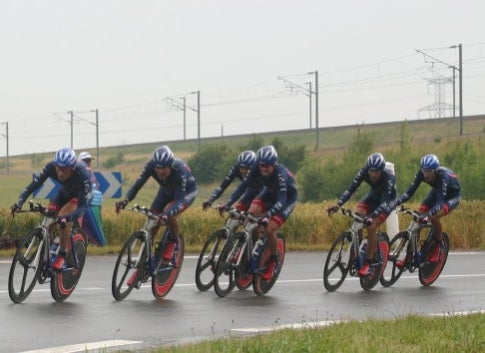 The Tour de France has made a critical change in protocol that could greatly alter race strategy, regarding how it provides real-time updates. For a decade, attacks by specific riders were immediately broadcast over an official communication channel, Radio Tour, and directly into the follow cars where directors for each team were listening. Depending on the specific rider(s), the specific team, and the size of the lead, directors in each car would instruct their team through helmet-mounted radios on whether to give chase or lay back. According to the_ Wall Street Journal_, starting this year, Radio Tour will wait 30 seconds after an attack occurs before providing an update.

The helmet-mounted radios were originally implemented as a safety device that would allow directors to caution riders regarding accidents, treacherous turns, or objects in the road. But the efficient ability they give coaches to communicate continuously with their riders has made them useful in a wider variety of ways. Some in cycling have argued that reliance on the director and access to such critical data have taken strategy away from the bike and placed it in the car. The new rule is an attempt to maintain the safety advantage of the radio while mitigating the strategic role it can play. Whether 30 seconds is an appropriate head start is to be determined.

[Via the Wall Street Journal]