A stronger, cheaper surfboard made of the same material as a moving box 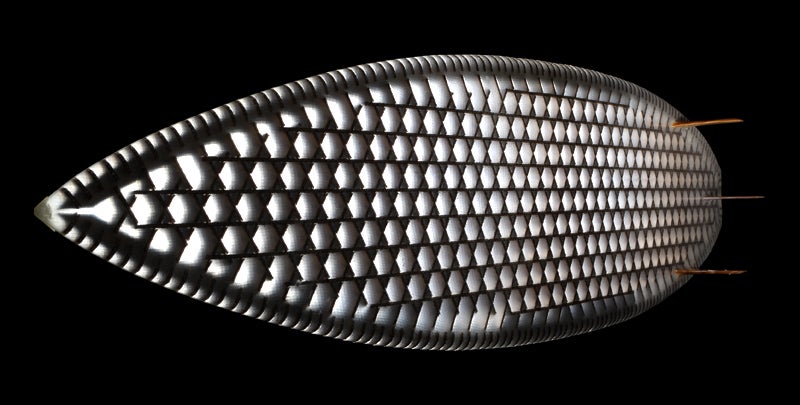 This surfboard’s frame is cut from 16.6 square feet of cardboard and covered in transparent fiberglass.

When it came time to replace his old surfboard, Mike Sheldrake decided to build his own. But the former Web programmer didn’t have the sculpting skills to carve one out of foam the way professional builders do. So he used 3-D modeling software to design a snap-together deck that’s as sturdy as a conventional model and performs just as well, made from the cheapest material he could find: cardboard. 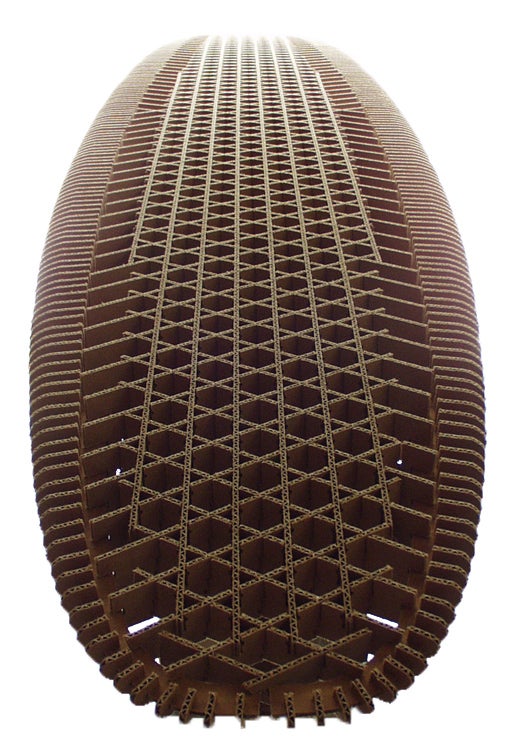 The board’s frame contains nearly 400 corrugated-paper slats precisely cut by a computer-controlled saw. The slats intersect at interlocking notches, forming a pattern of triangles and hexagons that provides strength by evenly dispersing force throughout the board. Sheldrake makes it watertight by wrapping it in fiberglass cloth hardened with epoxy resin (similar to traditional boards).

Sheldrake has already sold one of his creations to a pro surfer. Before he sells many more, he plans to experiment with different slat materials, such as plastic or carbon fiber, to change a board’s weight and flexibility. Eventually he hopes to offer a Web site that lets surfers customize the size and shape of boards online and then assemble them at home. That would cost far less than an ordinary board—leaving more cash for beach trips.