Thanks to advances in fluid mechanics, "futbol" may become even more fun to watch 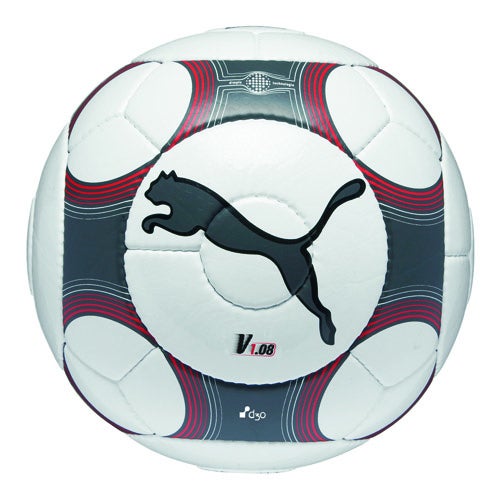 In its raw form, d3o looks like slime and molds like Play-Doh, but take a hammer to a clump and it changes to a stiff rubber. This curious substance introduced itself in the 2006 Olympics as a safety lining for the Spyder skiing suits, and that same year, d3o’s protective ski hat won PopSci’s Best of What’s New Award.

Because it’s a non-Newtonian fluid—meaning its molecules form meshes in response to impacts—it can dissipate jarring blows two to three times faster than other materials currently used in sports equipment.

The latest use of d3o is somewhat surprising, though. What’s it doing in a new Puma soccer ball? To find out, I took my JV skills to the field.

According to Puma, what makes d3o sexy for protection is equally seductive for performance. By inserting a layer of the material between a soccer ball’s outer casing and bladder, the ball remains soft during dribbling but becomes more elastic on impact. Testing at Sheffield Hallam University showed the new v1.08 ball left the foot six percent quicker than previous versions.

While the raw d3o material would impress Mr. Wizard, the ball itself feels similar to other top-shelf options. On the field, it clearly performed better than a gas-station freebie, but compared to models of a similar price range ($100), my foot couldn’t sense a difference. That’s not to say Puma’s claim is wrong, but the effect wasn’t noticeable enough to get me promoted to varsity.