Wii enthusiasts could enjoy even more embarrassing flailing if this patented saddle-controller ever comes to fruition. 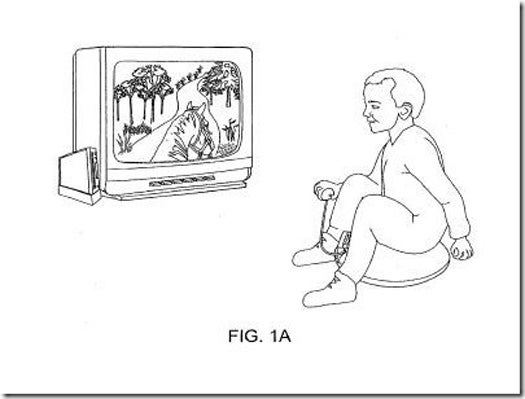 You can already swing a metaphorical tennis racket, do the virtual hula or drive a virtual steering wheel. So what could possibly be next for the Wii?

Why, this inflatable horseback riding saddle controller, of course. Seriously—-a saddle. To ride in your living room.

Revealed in images from a patent found in the European Patent Database, the Wii saddle would see you rocking back and forth on an inflatable cushion, while the head and ears of your horse appear on the screen. Your regular Wii remote attaches to the saddle cushion, sensing movement with its accelerometers and an attached wand can be held in the hand to represent reigns, a lasso or maybe even a sledgehammer (Wii polo?). Who knows. 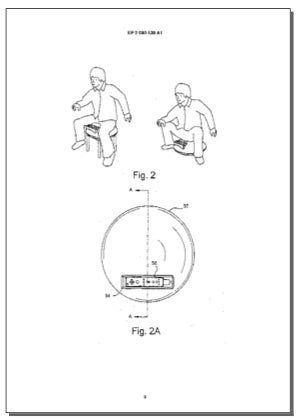 According to the patent your horse needn’t even necessarily be a horse. Possibilities include camel, whale, and giant eagle. The saddle could also be used to ride non-animal steeds such as “land or sea exploration vehicles” or a “magic carpet.”

Frankly, the line drawings of a large-headed boy mounting the saddle cushion are a bit on the disturbing side, and that’s without seeing him bob up and down (yikes).

Sadly a patent alone doesn’t mean this crotch-controller will ever be produced. But we can dream.