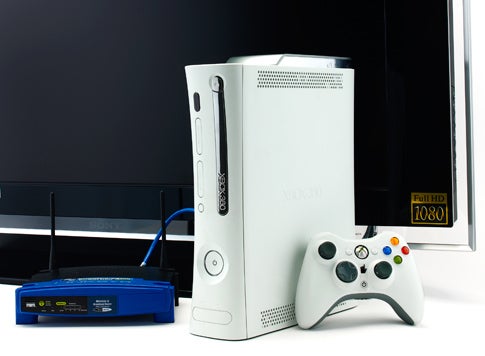 This 50-foot Ethernet cable snaking all the way through my apartment from the router in the bedroom to my Xbox 360 in the living room? That’s how I used to play videogames online. The Xbox doesn’t come with wireless capability built in, and I didn’t want to shell out the extra $100 — a third the price of the console itself — for Microsoft’s wireless adapter. Third-party wireless bridges cost a bit less but are still pricey. Finally, though, I found a way to ditch the giant wire with a solution that cost me only 40 bucks.

If you already have a wireless network set up in your home, you can make a second, cheap router function as an Xbox adapter by replacing its firmware with free software called DD-WRT. As long as you download the right version, almost any brand of router will work. I bought an older model on Amazon, but you can get a used one on eBay for $15 or less — well worth it for the pleasure of blasting annoying teenagers in Denmark in Halo 3.

DIY Wireless for Your Xbox