Drones And Helicopters Team Up To Scout Targets In Iraq 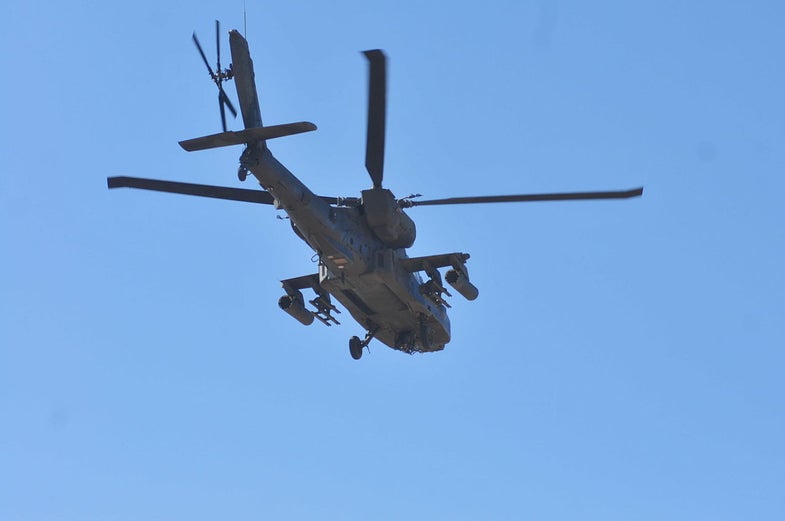 From a training exercise in April 2015 at Fort Bliss, Texas. The helicopters were paired with RQ-7 Shadow drones. Alexander Neely, U.S. Army, via Wikimedia Commons
SHARE

Predators and Reapers defined the last decade of drones at war. The future of drone war is likely different than its present. Large drones, flying for full days at at time, scouring the countryside for insurgents, is labor-intensive and requires safe skies to operate. In Iraq, the Army just tested a different approach to drones at war, using the Reaper’s smaller cousin, the RQ-7 Shadow, paired with AH-64 Apache helicopters.

Before missions, Apache crews can pilot Shadows to scout the area from the safety of their forward position. Defense One reports:

So what, exactly, did the drones do? Well, as the aptly named Scout Warrior blog reports:

In addition, according to Colonel Jeff Hager, the U.S. Army Apache Project Manager, the Apache helicopters can control both the smaller Shadow and the predator-sized Gray Eagle drones, with more types likely in the future.

Apache helicopters, of course, could fly into the area first, but sending the drone in moments before gives the pilots a clear picture of where they’re fighting, and lets the attack helicopters focus on what they do best: attack.