He faces a hearing for his quackery next week 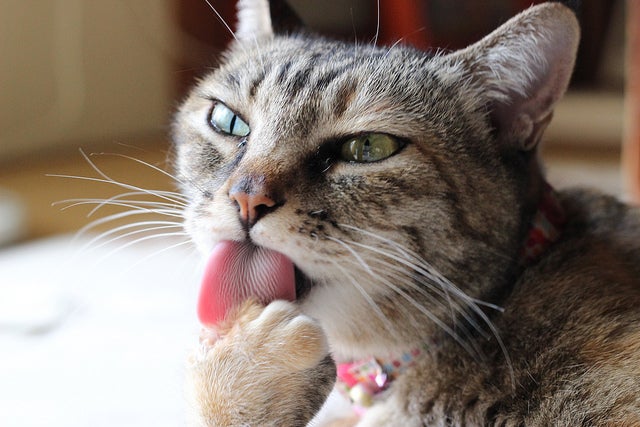 For more than a decade, a Chicago area doctor has allegedly been giving children “alternative” vaccinations, including his own special cocktail of cat spit and vodka.

The Illinois Department of Financial and Professional Regulation ordered an emergency license suspension of Dr. Ming Te Lin, the Chicago Tribune reports, after health care providers told authorities that he was giving children homemade vaccinations. When regulators visited the office, they found a messy office and “a box filled with vials and tubes that (Lin) was using to make his own vaccinations.” Lin signed state forms saying he’d given pediatric patients their shots. He also gave out his DIY-concocted vaccines orally and nasally, including for a 7-day-old infant.

Lin skipped these steps and opted instead to use the pharmaceutical equivalent of an Easy Bake Oven called the “WaveFront 2000” to detoxify vaccinations from mercury. The WaveFront website describes the device’s pseudoscientific method: “Using an ailing patient’s saliva, the WaveFront 2000 will produce energetically identical samples creating homeopathic remedies. Once the patient takes the inverted signal remedy this has the effect, through homeopathic processes, of aiding their system and will create a healing process.”

He used this device, as well as vodka as a disinfectant and swabs of cat saliva to treat children with allergies. Before you get any try-this-at-home ideas, typical 80 proof vodka doesn’t contain a high enough concentration for killing most bacteria, and besides being gross, feline saliva can carry some serious bacteria, especially dangerous for young children. Leave your cat alone, make a vodka tonic, and visit your doctor regularly, instead.

Reviews of Lin, who is board certified, on Healthgrades.com and Vitals.com are generally glowing. Several patients call him a “born healer,” although it takes eight to 10 years–and a lot more than being good with kids–to become a pediatrician. He’ll attend a hearing before the Medical Disciplinary Board on October 11.