Video: Virtual Theremin for Microsoft Kinect Is Even Less Tactile Than Real Theremin

The real question: What took so long? 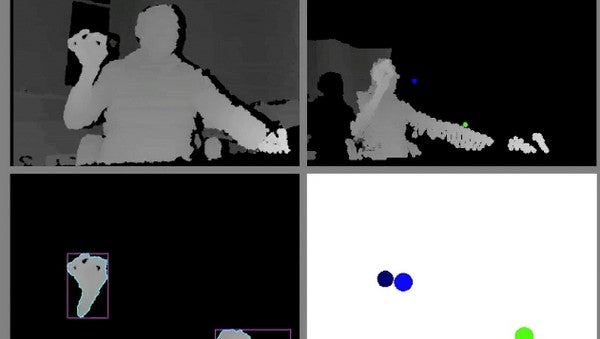 Today in Microsoft Kinect hacks, we’ve got quite possibly the first musical instrument to be transformed into a gesture-controlled facsimile of itself. It’s one of the only instruments that can really be brought over without losing either the method or the soul of the original, since the original instrument is played with gestures in the air as well. I’m talking, of course, about the theremin, the favorite instrument of nerds worldwide.

Don’t be surprised if there’s a Kinect version of Rock Band in the future, but the actual instruments probably won’t really resemble their Kinect counterparts. The Kinect sensor has a tough time picking up on the movement of individual fingers, which means keyboards and most stringed instruments (guitar, bass, basitar, lute) would have to be “played” with big, broad gestures. The only major exception I can think of is drums, although playing a full virtual drum set with only gestures would look more like a full-body seizure than practiced performance.

The theremin, relying as it does on the position of hands in the air, is a prime candidate for Kinectisizing, to the point where I’m actually surprised that this hack wasn’t one of the very first we saw. But the Therenect, created by Austrian Martin Kaltenbrunner, is a damn fine version, recognizing the movement of both hands in three dimensions with a fair bit of subtlety. Enjoy!

Check out our coverage of Kinect hacks here.