Oliver Kreylos, the Kinect-hacking pioneer who you might remember from our earlier roundups, can’t seem to stop pushing the Kinect’s... 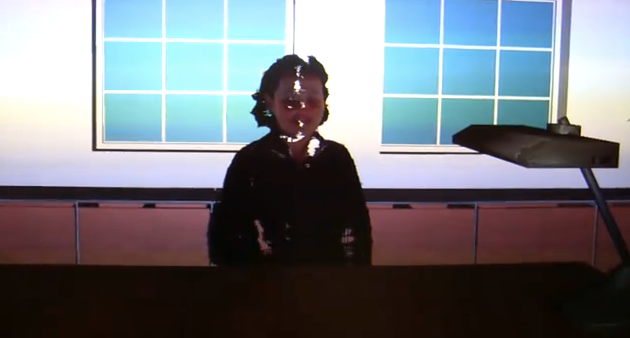 Oliver Kreylos, the Kinect-hacking pioneer who you might remember from our earlier roundups, can’t seem to stop pushing the Kinect’s 3-D holographic capabilities. This newest hack involves two Kinect sensors, a virtual office, and, improbably, a Nintendo Wii controller, but the end result is pretty amazing: Holographic video chat in full 3-D.

What’s especially cool about this project is that it’s filmed in legitimate, malleable 3-D, rather than the stereoscopic 3-D used by such Best Picture front-runners as Jackass 3D. Stereoscopic 3-D films two “2D” (read: regular) images from slightly different, but fixed, angles. The viewer wears 3-D glasses to ensure that the left image is seen by the left eye, and the right image by the right eye, which leads the viewer’s brain to interpret a 3-D effect. But stereoscopic 3-D, as Kreylos points out on his site, can only be seen in 3-D from a single angle, the angle from which the footage was originally shot.

The Kinect, on the other hand, uses its sensors and its cameras to construct a genuine 3-D view of its environment, including both image and depth. That means you can move the viewpoint around at will while retaining the 3-D effect. The Kinect is still limited in that it’s stationary and can only “see” from one location–it can’t see the back side of objects, for example–but that can be fixed (or at least helped) by using more than one Kinect to eliminate the blind spots. More Kinects equals more coverage, basically.

This hack enables 3-D video chat by focusing two Kinects on one person, which has a few benefits over traditional video chatting. Aside from the obvious “whoa 3-D!” element, you could theoretically allow true eye-to-eye contact, as opposed to normal video chat, in which participants have to stare at the camera rather than the screen. With a mapped 3-D environment, you could move the viewpoint of the camera wherever you want, including directly in the chatter’s line of sight. That’s the big advancement here, even cooler than the virtual office setting or the curious use of a hacked Nintendo Wii-mote controller. Not necessarily practical, since you do need multiple Kinect sensors, but undeniably impressive.