Invention Awards: A Box That Keeps Plants Hydrated in the Desert

A box that quenches thirsty plants without irrigation 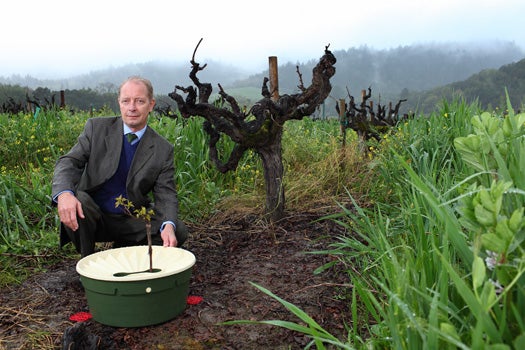 Dutch flower exporter Pieter Hoff often spent nights in his beloved lily fields to monitor them. One evening, he noticed that the first droplets of morning condensation were collecting on the leaves of his lilies well before midnight.

The plants lost heat to the air at night, and the cool surface of the leaves sucked water droplets from the warm, humid air. Nature’s watering system, Hoff thought, is incredibly efficient. So in 2003, he sold his business and began developing a planter that could capture water the same way plants do and foster saplings in the harshest conditions.

Today, one third of the world’s population lives where water is scarce or of poor quality, a number that’s expected to jump to two thirds by 2025. Making matters worse, in some areas deforestation and overfarming have led to eroded soil that can no longer support many crops. Hoff designed his Groasis Waterboxx with this in mind—it’s a plant incubator that’s made from plastic or a biodegradable material and designed to cool faster than the night air, like his lilies. The box is coolest at its top, the part that has the most contact with the open air. Water condenses on the cover and flows down into a small holding tank, where it’s trapped, along with any rainwater. The collected water and the box itself keep the plant and its roots hydrated and protected. 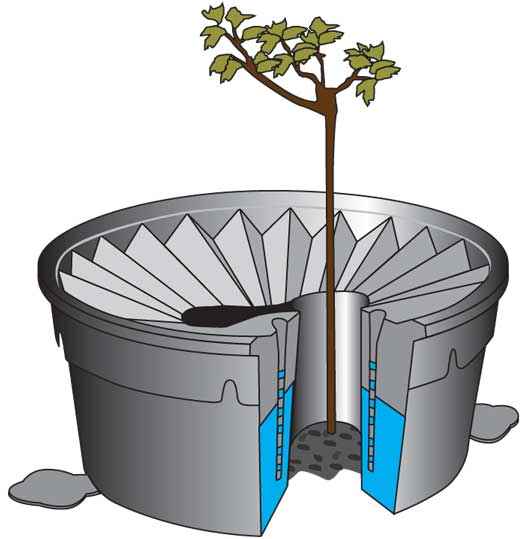 How the Groasis Waterboxx Works

Water condenses on the box’s cool top, collects in a tank, and drips into the soil to hydrate the plant.

At the same time, a candle-like wick on the bottom of the box slowly drips small doses of the water into the soil and root system underneath, providing enough for the plant’s first year of life but still leaving the roots thirsty enough to grow strong and deep. The box can easily be lifted up off the ground, over the top of the plant, and reused.
In 2006 Hoff took 25 Waterboxxes to Morocco’s Sahara desert, and after a year, 88 percent of the trees he treated had green leaves, while 90 percent of those watered weekly (the traditional local method) died under the scorching sun. He is conducting more experiments with 20,000 Waterboxxes in difficult terrains in places like Pakistan and Ecuador this year.

Hoff is hoping to recruit people to buy a few Waterboxxes from his Web site (groasis.com) to see how the invention works in other regions he hasn’t reached. “Everywhere you look, there’s space to plant,” he says. “But I can’t do this alone.”

See how the Waterboxx works in detail here.