The Quickest Way to Build Anything from Concrete

Whip together shotcrete, papercrete or quikcrete structures in no time with a simple DIY tirolessa sprayer 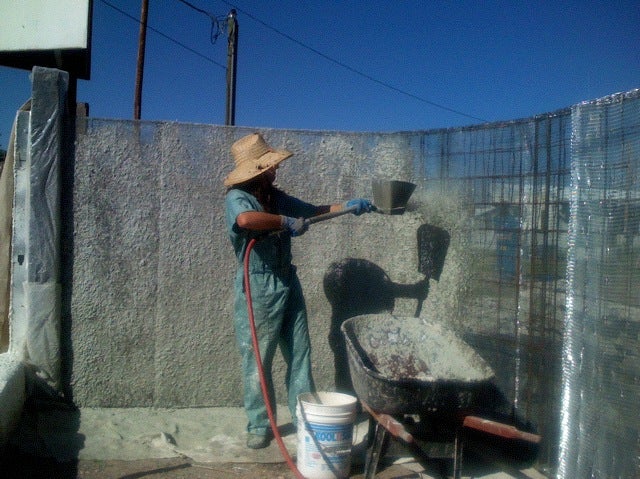 The tirolessa sprayer is a simple tool that makes stucco work a blast. I have used the tirolessa to quickly cover my fence, battery dome, and front gates with an inexpensive cement plaster. Spraying makes the plasters stick better due the impact effect and saves a good deal of time compared to trowling by hand. The setup is nothing more than a 60 gallon air compressor, some air hose, a wheel barrel and a tirolessa sprayer, which actually directs the plaster. The air compressor provides enough pressure to shoot heavy mortars a few feet by squeezing a trigger on the sprayer handle. Using it is similar to using a can of spray paint. A commercial shotcrete, blastcrete or gunite setup would cost tens of thousands of dollars, but this setup is perfect for the DIYer. Check out the photo gallery to see some of my tirolessa projects, and read on for more about my setup and to see a video of it in action.

The video above is my friend “Fish” trying out the tirolessa for the first time. Before the sprayer had arrived, Fish and I were hand-troweling a 300-foot-long fence (both sides) with a mix of paper and cement (aka papercrete). Our arms were killing us from the repetitive, Karate-Kid-like task. We were desperate for a way to speed up the process. Then we got the tirolessa.

Once we quickly finished off the fence of paper, I went on to making a niche-shaped entrance gate along with some curvy gates. These were ferrocement based projects made with welded rebar and covered with diamond lath. They look the same today as when I first sprayed them three years ago.

The most asethic project I have sprayed is a 75-square-foot dome to hold my home’s batteries. It’s made of one-foot thick paper/cement walls and a welded rebar armature.

Using the sprayer is trivial. Hook it up to a giant air compressor and have someone make your “mud” (cement mortar, earthen plaster, papercrete, etc.). One person basically sprays non-stop while a runner constantly makes the additional mud and refilling the wheel barrel.

You can pickup a tirolessa sprayer for $265 from Mortar Sprayer. The air compressor should have a pretty large storage tank to avoid burning out the motor. I use a $600, 60-gallon compressor, which does a fine job of keeping up with the person spraying. 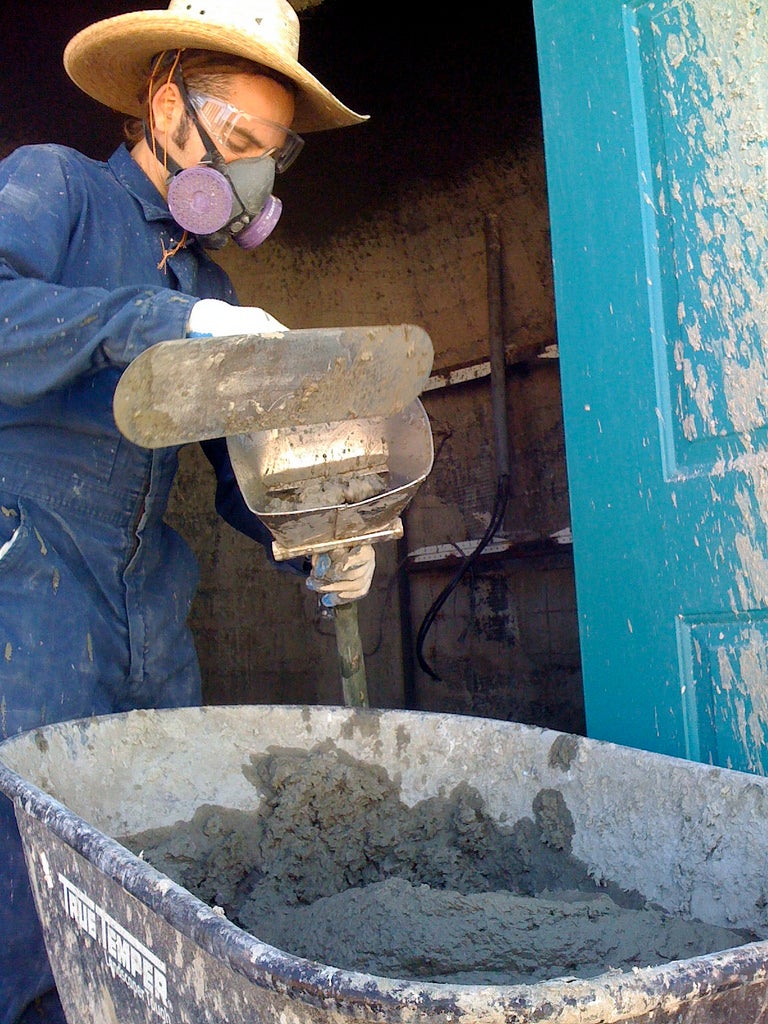 Reloading the Tirolessa Vertical Sprayer from a Wheel Barrel 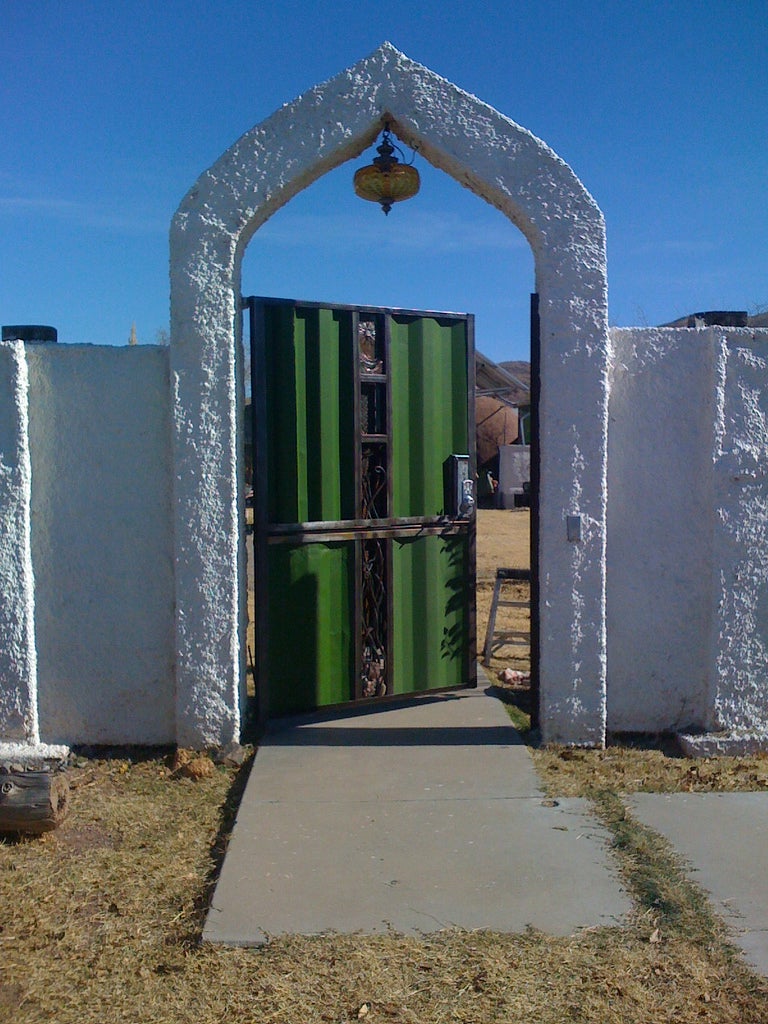 Personnel Gate Sprayed with Papercrete and Painted with a Elastomeric Paint 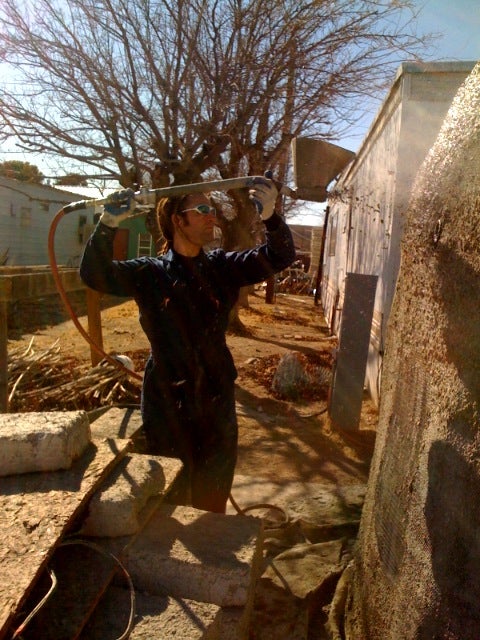 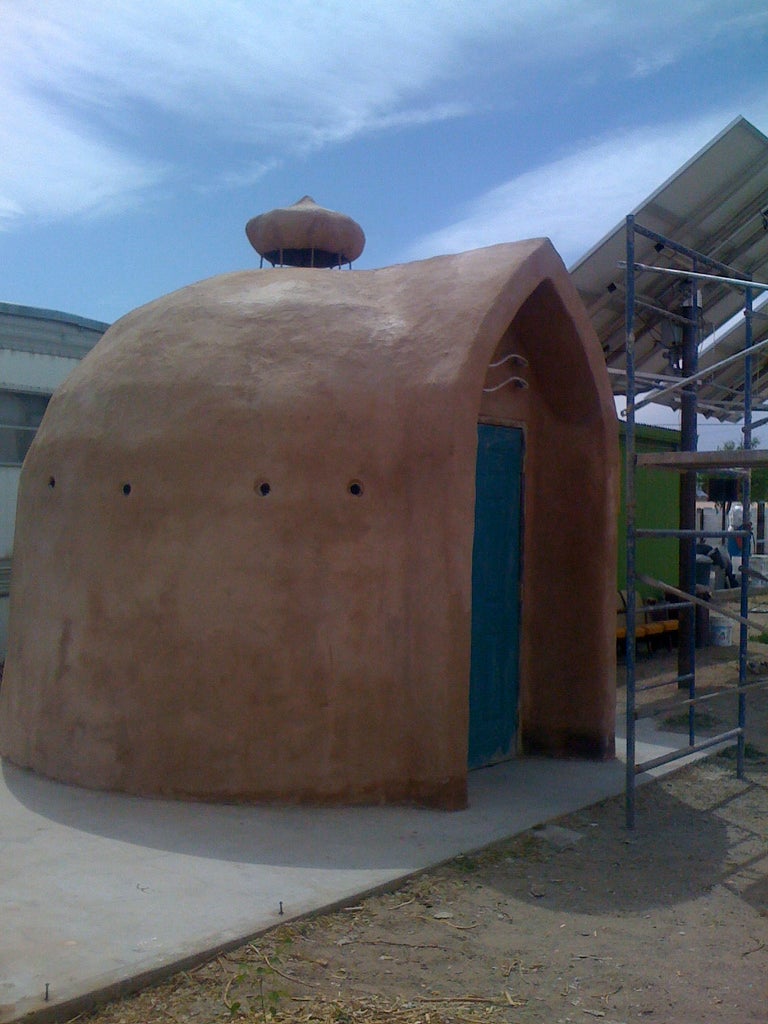 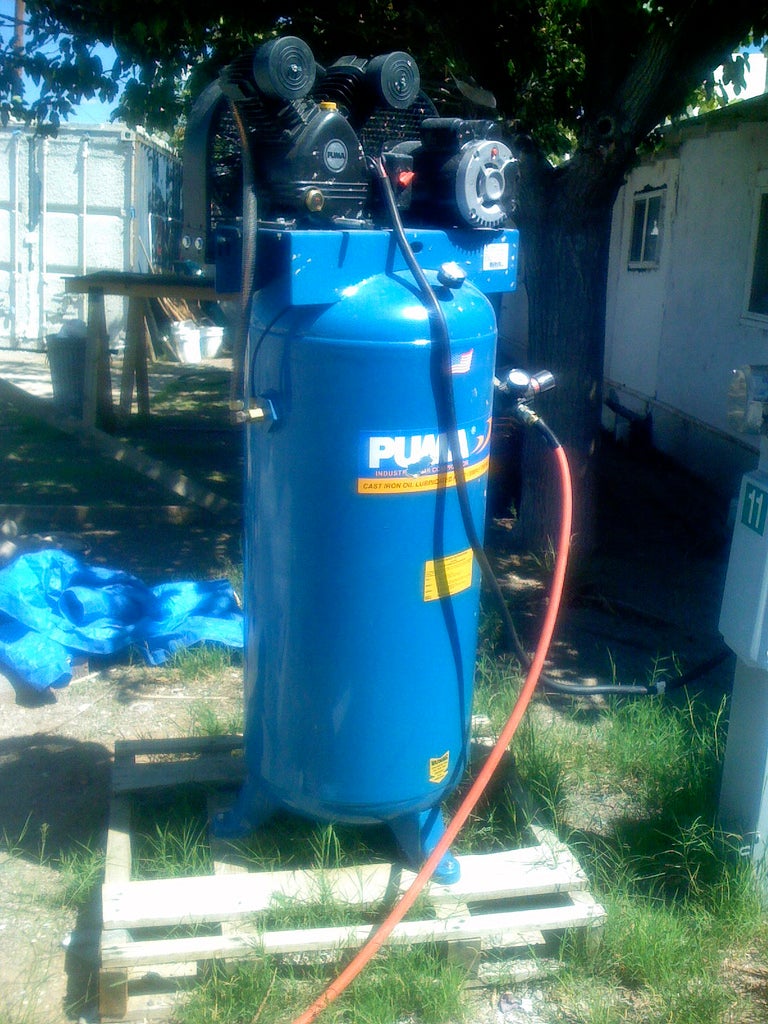