Beef Up a Little PC

Turn the dirt-cheap, hardcover-size Eee PC into a speedy beast that can run any program or OS 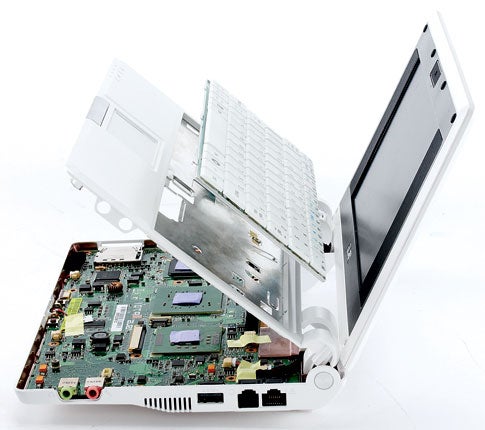 If you want a super-light laptop, you have to pay for it, and you have to use Windows. That’s been the (frustrating) conventional wisdom—at least until late last year, when the Taiwanese company Asus rolled out the Eee PC (pronounced as though it were a single long “e”), a two-pound, seven-inch laptop starting at a mere $300. The tradeoff: It comes with just two to eight gigabytes of flash memory instead of a conventional, larger hard drive, and a simplified Linux operating system that essentially is usable only for e-mail, Web browsing and typing.

But then the hackers got hold of it. Within days of the Eee’s release, forums on a fan site, eeeuser.com, were buzzing with homebrew upgrades to remedy its shortcomings—users discovered ways to solder extra memory inside, attach additional gadgets, and install other operating systems. If you’re willing to do a little tinkering, you’ll find that big things will come from its small package. 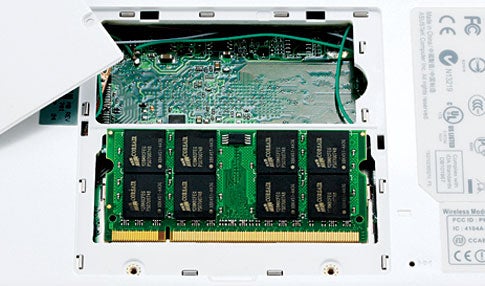 If your Eee PC comes with a sticker on the bottom panel covering the RAM slot warning that breaking it is a warranty violation, don’t worry: Asus reversed that position shortly after putting the Eee on the market. So open up the panel and replace the existing 512-megabyte stick with up to two gigabytes of RAM. (Note: The Eee’s operating system will recognize only one gigabyte by default.) 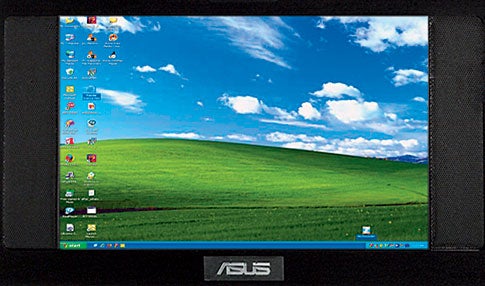 For more details, go to wiki.eeeuser.com. 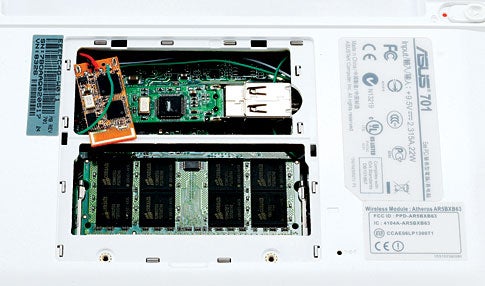 If you don’t mind pulling the Eee apart completely, you’ll find spots on the motherboard where you can solder a Bluetooth adapter and extra USB ports. Then simply remove the RAM panel on the bottom of the computer later if, for example, you want to add a hidden thumb drive to upgrade the memory. For more details, head to forum.eeeuser.com.

H2Whoa!: Some Asus Eee PC hardware and software hacks may void its warranty. Installing an Apple operating system on non-Apple hardware is a violation of the End User License Agreement, which is legally a breach of contract.

_Note: This rough guide from the May 2008 print issue will be followed shortly by an in-depth, multi-part guide to modding your EeePC—leaving no component untweaked! Check back at popsci.com/category/tags/eeepc for future installments starting soon and to subscribe to our EeePC-specific RSS feed.