What to expect in a commercial airplane 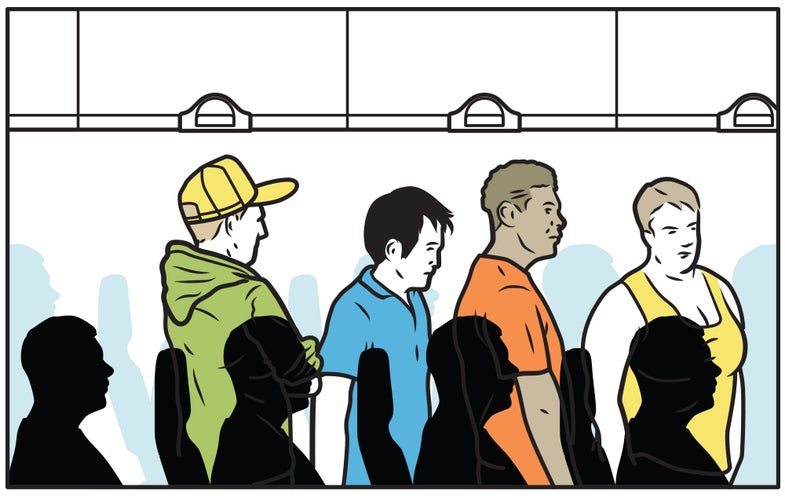 Over the past 50 years, the space between rows (i.e., the pitch) has compressed by an average of 4 inches. Some budget carriers offer only 28 inches between seats, the tiniest space yet allotted on a commercial flight. Chairs have also transformed, from pillowy cushions to fire-­resistant-​but-​minimal pads, each less than 20 pounds. Trimmer profiles, though, slide butts back in the seats, restoring a few inches of lost legroom.

Until the ’90s, it was rare to find someone in the middle seat; most flights were less than two-thirds full, and people (naturally) grab windows and aisles first. That empty space meant passengers had more room to stretch out, boarding moved more quickly, and bin shortages were blessedly uncommon. Today, cheaper fares mean nearly nine out of 10 spots are taken on an average flight. 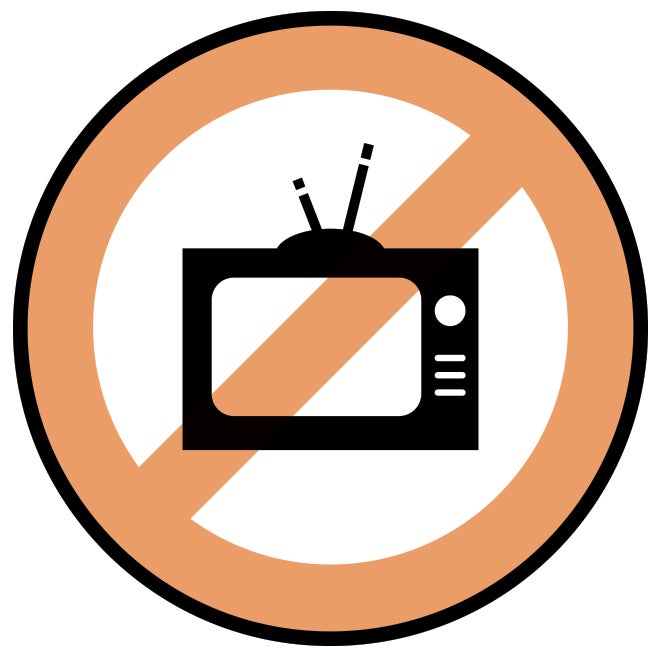 Before seatback TV, airlines distributed postcards to fill out. 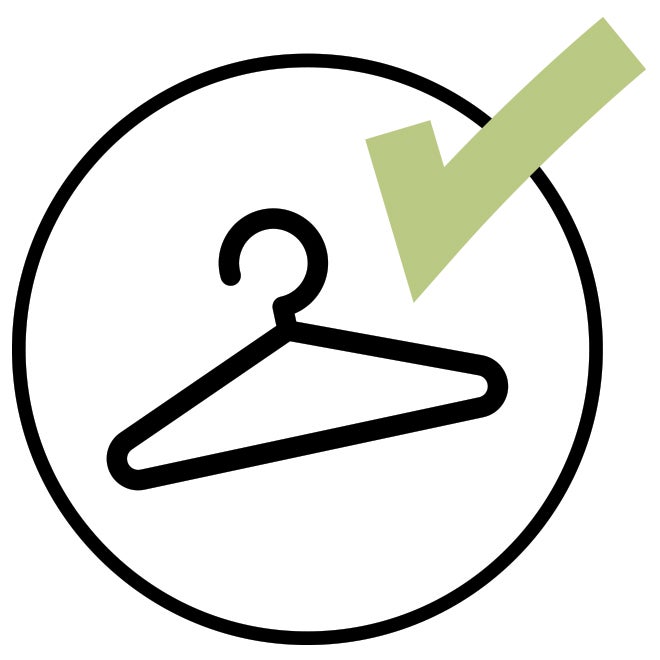 A closet for garment bags and outerwear preceded each section. 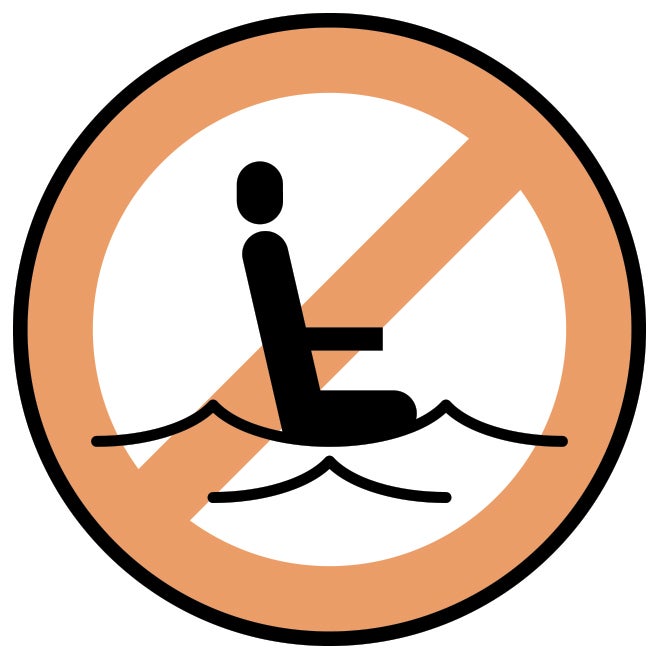 Cushy recliners made butts comfy; but the chairs didn’t float. 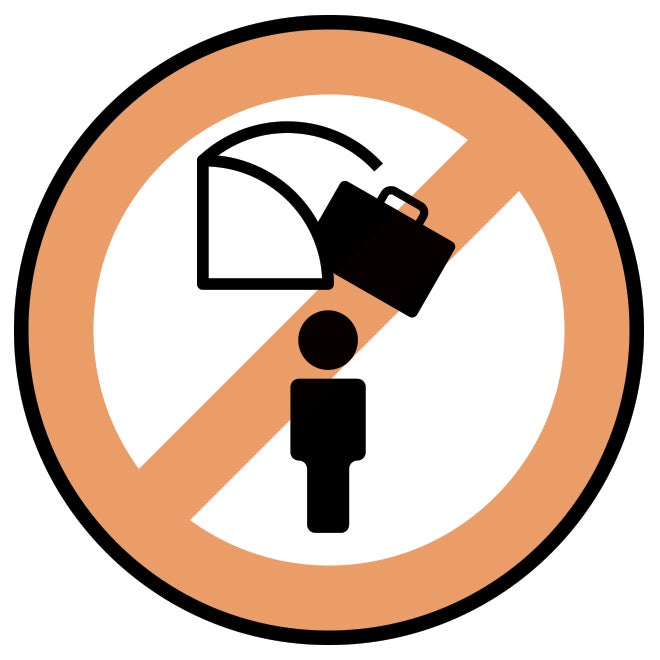 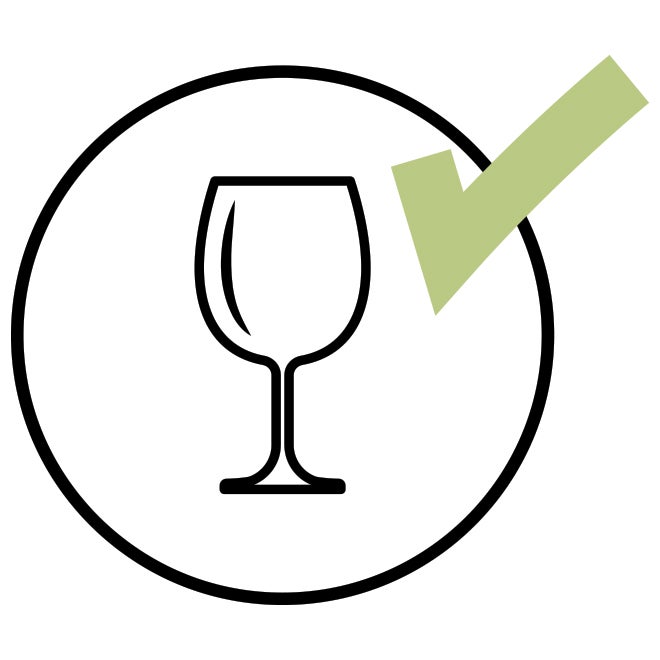 How to use a tiny bathroom 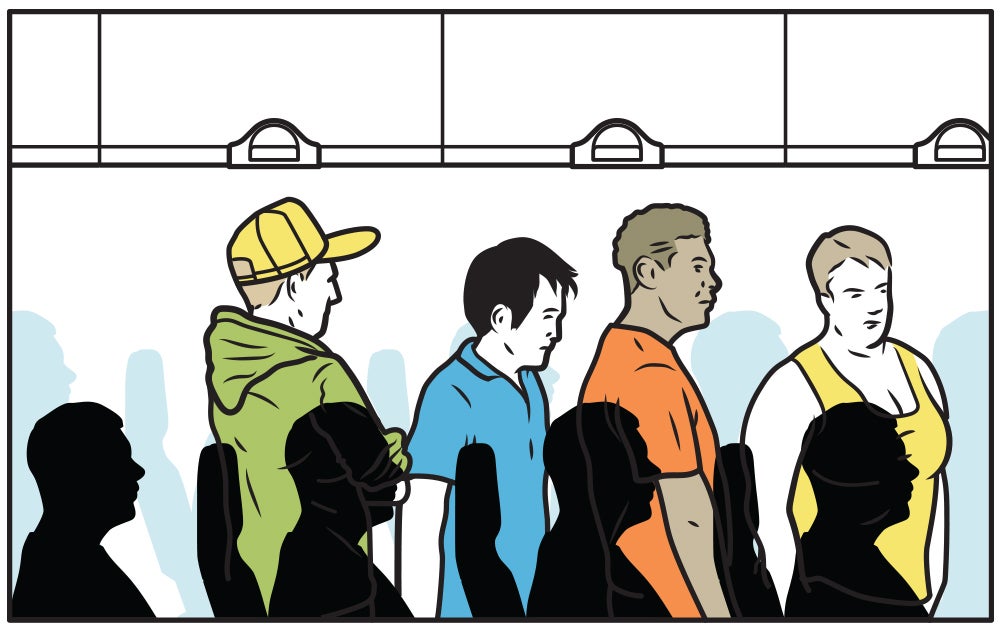 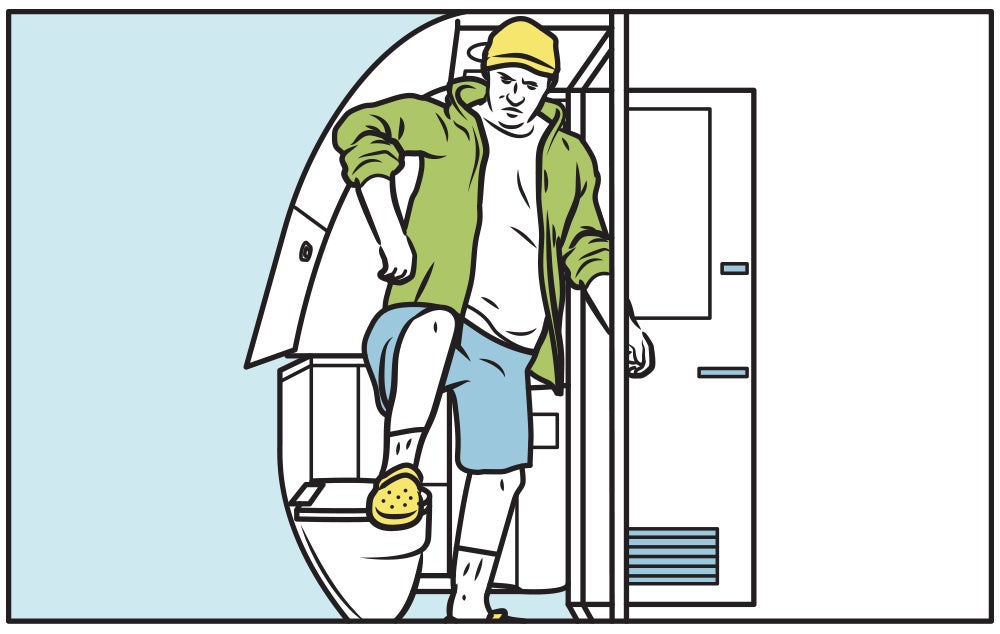 Lavs are as much as 10 inches narrower now, with little room to turn around. Shimmy to enter. 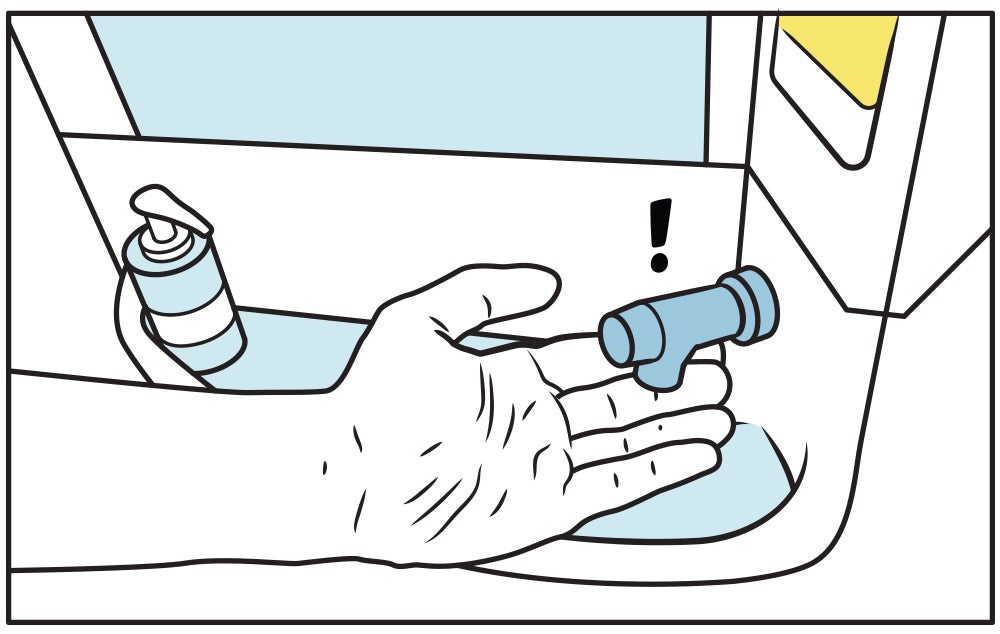 New ­kidney-​shaped sinks are only 4 inches deep, so clean one hand at a time. 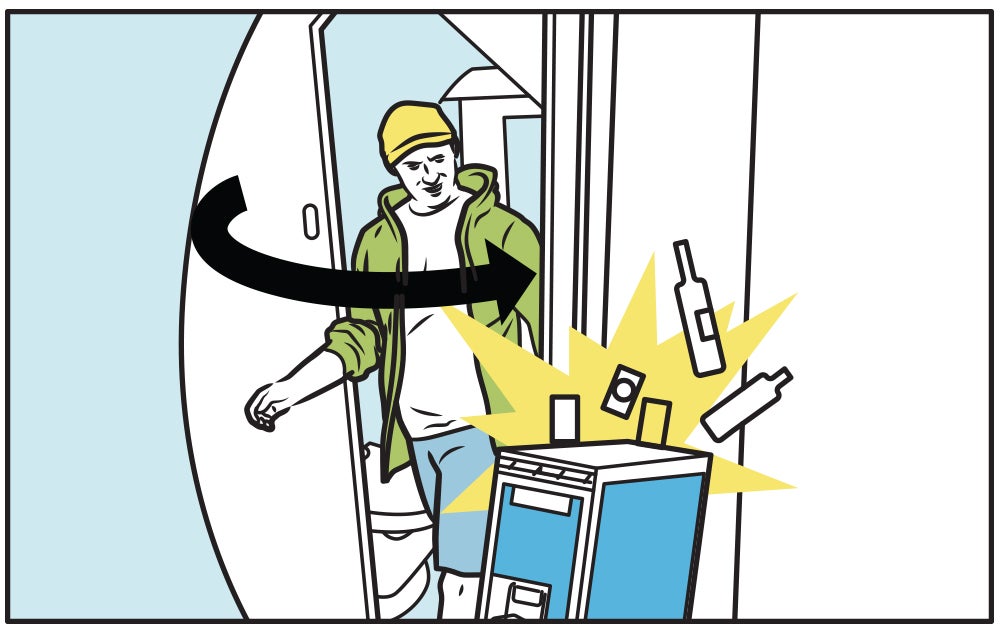 And yet, you grow

As legroom contracts and seats narrow, passengers’ bodies are going in the opposite direction. Most Americans are more than 25 pounds heavier than their 1960s counterparts. That extra weight generally hangs around people’s waists, making the squeeze between armrests tighter. We’ve also grown an inch taller, bringing seat­backs and luggage bins even closer.